No one was asking for a song by song remake of Layla and Other Assorted Love Songs (1970). It’s an album so definitive that even its originator Eric Clapton never played all of it in concert with the original band, let alone in order. That said, if anyone was going to attempt it, surely Derek Trucks, named after Clapton’s thinly disguised pseudonym, is the logical choice.

Trucks is no stranger to the material. He was on six of the 14 tracks on Clapton’s 2007 tour, often replicating Duane Allman’s parts. And according to his liner notes, Derek was exposed to Layla’s songs at an early age by his parents. He recently also discovered it was released on his wife and co-front person Susan Tedeschi’s birthday, November 9, 1970.  The upshot of this coincidence seems unavoidable.

Since Layla… was initially crafted with only five players (Duane Allman famously joined Clapton’s Dominos on second lead guitar for some tunes), the manpower for this one-off gig almost triples that of the 1970 recording.

While more doesn’t always equal better—especially when there are now four guitars, two drummers, three horn players and four singers recreating the once relatively stripped down music—the result is impressive. No one can match the longing and passion in Clapton’s voice as he pined for George Harrison’s wife on what was an album long love letter of sorts to her. But the always exciting Susan Tedeschi and the three other TTB singers that trade lead vocals, infuse variety and diversity, if not intensity, to these blues rock gems.

Without visuals, it’s difficult to discern which of the four guitarists are soloing. Similar to Derek & the Dominos’ lone tour, the songs are often stretched to include jamming. That lengthens the surging “Keep on Growing” (from six to twelve minutes), the mesmerizing “Anyday” featuring a tasty opening guitar dual (six to 13 minutes) and the frisky “Why Does Love Got to Be So Sad” (four to almost nine minutes) far beyond their studio predecessors.

For better or worse, the arrangements mirror the originals, leaving the TTB’s three piece brass section as a third wheel. They contribute somewhat to the overall sound, yet generally complement the expansive ensemble with color and are often lost in the mix. That’s a missed opportunity since horn solos could have brought new dimensions and creative angles. As it stands, the approach is, perhaps not surprisingly, heavy on guitar duels and jams. When the horns appear, as on the cover of Hendrix’s “Little Wing”’s riff, it shows what could have been accomplished if someone had spent time crafting more dominant parts for them.

Regardless, the final product both pays tribute to an album that rightfully remains on the shortlist of iconic blues rock recordings and infuses fresh blood into it with these generally stirring interpretations. Trucks was clearly inspired to play with determination while not overwhelming the material with endless jamming, something even Clapton couldn’t accomplish as evidenced by live recordings of Derek & the Domino’s which prolonged some tracks past their breaking points with seemingly endless guitar solos.

The audio fidelity is stunning, especially on the vocals and guitar, and the double disc feels like an inevitable closing of the circle for Trucks, who has been influenced by the songs and performances on Layla… for his entire life.

Nothing will beat the original for its sheer uninhibited hunger and edge of your seat playing, but this can sit next to it as a proud relative, crafted by a talented outfit that understands its place in recreating a classic. 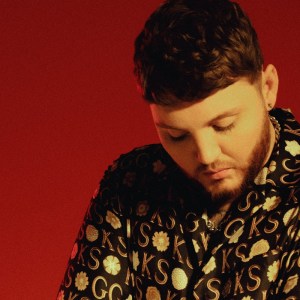 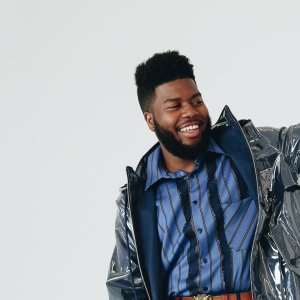