The answer to the question of where UK avant-pop quartet Dry Cleaning goes after a few EPs and the surprisingly popular debut full length in 2021 (it notched at No. 4 on the UK album charts and logged a bunch of best of the year accolades in the States) is clearer with this follow-up.

A little over a year later, producer John Parish returns for another go-round, gently expanding the band’s creative palette while maintaining its basic blueprint. Frontwoman Florence Shaw recites, i.e., does not sing, words that hover and spar with the sympathetic, often edgy, always challenging music of the backing trio. Her matter-of-fact voice is oddly, sometimes eerily, unemotional even though the stories she narrates are by turns intense, offbeat, bizarre, and generally conceptually indecipherable.

Parish though, now brings extra players to add vibraphone, keyboards, horns (he’s credited with trombone), and “field recordings, tape treatments,” infusing more textures to the established concept. Everyone also had more time to experiment. The sonic enhancements, along with Shaw’s occasional stream of consciousness and, according to the pre-release, sporadic improvising of lyrics, create an expanded, more detailed musical sensibility.

Snarled lyrics such as the title track’s I am not in charge of what I do/The only thing I could think to ask was/“Do you like stumpwork?” with some simplistic Doo Doo Doo Doo’s is a good indication of how they throw the listener off balance, something of a thread winding through this set. Overall, there is a less frantic post-punk tangle of guitar riffs and a more sedate yet still edgy attack than in the past. That doesn’t make this any less immediate, chilling, or quirky. Shaw even sings, sort of, on “Don’t Press Me,” a fresh twist on a sound that thrives on walking an abstract musical tightrope.

A little of this oblique, mostly chorus/verse/bridge-free approach goes a long way. Even with the surprise albeit subtle appearance of additional instruments, the selections (it’s a stretch to consider them songs) are dense. Try absorbing them in smaller pieces rather than inhaling the entire 45 minutes in a single sitting.

Certainly, this is not for everybody.

To their credit, Dry Cleaning is not compromising their often prickly art. Rather, like the most resolute artists, with the provocative and relentless Stumpwork, they admirably move their boundaries further afield regardless of appealing to a bigger audience. 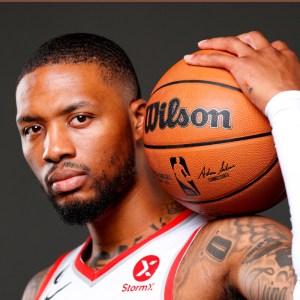 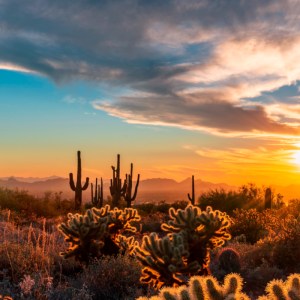