It’s common to see the words “singer/songwriter” in many American Songwriter reviews. But that is not the case with Dry Cleaning. Vocalist/lyricist Florence Shaw doesn’t sing at all as she fronts a post-punk, artsy three piece. Rather she talks…a lot.

Those unfamiliar with UK outfit Dry Cleaning’s previous two EPs will only need to hear “Scratchyard Lanyard,” the opening track on this first full length, to understand the act’s distinctive blueprint. The bass/drums/guitar backline constructs a propulsive, occasionally psychedelic, pulsating riff, then steps back as Shaw speaks her calm but tense, dense, poetic ramblings in an arid, nearly expressionless yet compelling, even riveting, voice. It’s impossible to unpack her concepts as she rumbles through couplets like “Weak arms can’t open the door, kung fu cancel/It’ll be ok I just need to be weird and hide for a bit and eat an old sandwich from my bag,” or “That’s just child chat!/Why don’t you want oven chips now?” or “I’ve come to hand weave my own bunk bed ladder in a few short sessions.” And that’s just in the first tune.

The next nine selections follow the same basic premise, although the words get pricklier and the concepts more undecipherable. Fortunately the band found a sympathetic and professional ear in producer John Parish, no stranger to offbeat frontwomen due to his extensive work with the equally edgy PJ Harvey. He leaves space between Shaw’s bone dry recitations and the band’s throbbing undulations, allowing these pieces– it’s a stretch to call them songs— room to breathe and unspool at their own deliberate pace.

Whether this seems like something that tickles your sweet spot or you would rather stick with music more predictable, there is no doubt it sounds like nothing else. There may be a touch of Patti Smith in Shaw’s poetic impulses, but Smith sings most of her compositions and Shaw doesn’t come close to that, preferring to narrate her quirky, frequently witty if seldom coherent musings. The band’s publicity calls her approach “linguistic acrobatics.”

The backing trio gels with a Gang of Four/Television sense of oblique groove that’s easy to dance to, well sometimes, regardless of the absence of a recognizable melody. It helps to read along as Shaw unleashes lyrics such as “I just want to put something positive into the world but it’s hard because I’m so full of poisonous rage,” one of her more practical thoughts, over a self-possessed yet anxious and often terse voice.

It’s difficult to see where Dry Cleaning goes after the defiant line in the sand drawn here. But for those willing to follow them, and especially frontwoman Shaw, it’s likely they will blaze an idiosyncratic path in the music sphere, similar to what they have accomplished on this rather remarkable, often powerful, and always challenging, debut.

Hang on for the ride. 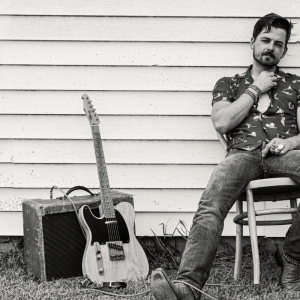 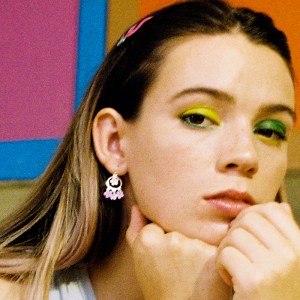