It’s hard to call the recent popularity of organ-based jam/jazz/soul band The Delvon Lamarr Trio a full-fledged revitalization of an organic keyboard-based sound popular in the ’60s and ’70s. Still, it bodes well for more acts to join Lamarr’s mostly instrumental club.

While he has been around for a while, quietly releasing jazz albums under his own name, and soul-saturated ones under the Scone Cash Players umbrella, Hammond organ frontman Adam Scone is another talented and underappreciated frontman and organ master. And he’s no newbie. The list of headliners Scone has backed is too long to mention but includes stints with JJ Grey and Mofro, fellow Daptone artists Lee Fields, and The Sugarman 3 along with contributing to over 50 recordings of other acts. Ohio-born and bred, Scone (he has since relocated to Florida) also has five jazz albums and three others with the Scone Cash Players. The “players” tag is a tribute to homeboys The Ohio Players.

Album number four under that moniker takes his soulful Hammond B3 sound in a slightly different direction. Having returned from a tour of Brazil with Fields, he was inspired by the music of that country. So much so that some of the tracks on Brooklyn to Brooklin (the title refers to both the New York borough and its similarly named city in Sao Paulo) reflect the congas, percussion, and overall vibe from South America. That’s especially obvious on the Girl from Ipanema sashay of “Anadira” and the beats that bubble through the funky “In Our Hands,” the latter featuring flashy brass.

But although a handful of tunes infuse some Brazilian vibe, on the majority of the album’s ten tracks it’s business as usual for Scone and his ever-evolving backing unit. Think Booker T. & the MG’s with some occasional backing vocals and a bit more funk and you’re on the right track to take Scone’s train to Stax-styled soulsville.

The Lamarr connection is cemented with the appearance of that band’s jaw-dropping guitarist Jimmy James who lays down some serious riffing on “Golden State” where his trademarked clipped tone on the opening minute and 40 seconds plows a field that Scone then harvests. On “What’s Her Name?” the keyboardist lets loose with a ’60s Brian Auger flourish that’ll send you back four decades to a hopping club with miniskirts, go-go boots, and dancers in cages. Maybe Austin Powers makes an appearance too.

At this point, you’re either on board with Scone’s retro action or have decided to let this bus pass by. But if Scone connects with contemporary audiences like Lamarr, we might be experiencing a revival of organ-fronted combos creating inspired jazz/soul that’s energetic, fun…and you can dance to it. 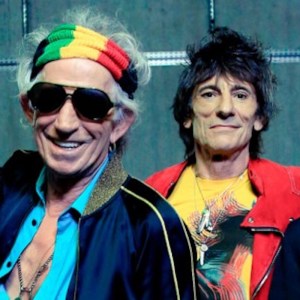 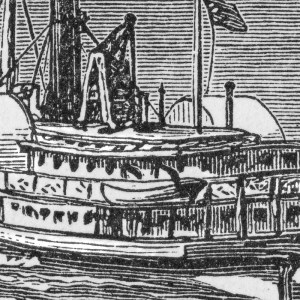