Hollis Brown/In the Aftermath/Cool Green Recordings
3.5 Out of Five Stars

Over the years, the Rolling Stones have provided a musical catalog primed with cover candidates for other artists, a wealth of material that’s been gleaned by any number of outfits that have come along since. That said, it’s unusual to find a band choosing to tackle an entire album song for song. With Hollis Brown opting to take that tact, it provides a unique perspective, one that’s especially relevant now in the wake of the loss of Charlie Watts and the conclusion of a tour that may well be the Stones’ final hurrah.

The album in question, Aftermath, found Jagger, Richards, Jones, Watts, and Wyman at a creative peak, effectively laying the groundwork for Beggars Banquet, Exile on Main Street, and the other albums that would follow shortly thereafter. It was informed with attitude, insolence, arrogance, and the other outlaw trappings that made up the Stones’ signature style. The fact that Hollis Brown attempted to replay it with such purpose and precision—right down to the cover design in fact— reflects the idea that Aftermath was an essential album that inspired the punk brigades that followed in their wake, whether readily acknowledged or not.

That said, In the Aftermath can’t be considered a greatest hits of any sort, much less a true survey of the Stones’ sound. While several songs clearly qualify for inclusion in the roll call of great Stones songs—“Paint It Black,” “Lady Jane” and “Under My Thumb” in particular—most of the tracks are deep cuts that only a true Stones enthusiast would deem invaluable. While they helped to underpin the strength of the album overall, they never really attained separate standing as significant songs. “Goin’ Home” in particular was essentially an extended jam, with the Hollis Brown version clocking in at just over seven minutes in duration, just short of the Aftermath original.

In essence, these newer versions vary little from the original renditions. That said, vocalist Mike Montali provides a seditious snarl that takes Jagger’s edgy attitude several steps further. Cloaked in tenacious trappings, these covers are a natural evolution from the Stones’ own insurgence. As a result, there’s a sense of menace and malevolence that informs the album overall. Consider this sympathy for the devil, reason enough to make Mick and the boys plenty proud. 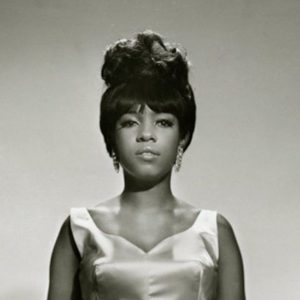