With the surprising news of Taylor Hawkins’ death on Friday (March 25), many artists have expressed their sadness, from Machine Gun Kelly to Nancy Wilson.

The latest to offer his thoughts about Hawkins is the legendary Beatle, Paul McCartney. The famed songwriter took to Instagram to share his thoughts on the death of the 50-year-old drummer.

“Taylor’s sudden death came as a shock to me and the people who knew and loved him,” said McCartney, who inducted the Foo Fighters into the Rock and Roll Hall of Fame in 2021.
⁣
“Not only was he a GREAT drummer but his personality was big and shiny and will be sorely missed by all who were lucky to live and work alongside him.⁣
⁣
“I was asked by the Foo Fighters to play on one of their tracks. It turned out that they wanted me to play drums! – on one of Taylor’s songs. This request came from a group with TWO amazing drummers! It was an incredible session and cemented my relationship with Taylor and the guys. Later they asked if I would induct them into the Rock and Roll Hall of Fame. I sang with them on ‘Get Back’. Taylor provided a powerhouse drum part. I’ll never forget that night. All of which made it much more of a desperately sad shock to hear he had died. So thanks Taylor for sharing some glorious minutes with me. You were a true Rock and Roll hero and will always remain in my heart.⁣
⁣
“God bless his family and band – Love Paul X”

Prior to his passing, Hawkins and Foos frontman Dave Grohl talked about their Rock Hall experience.

“I thought it was neat the way he [Paul McCartney] did the speech and he sort of made the parallels between Dave being in Nirvana, and that being this crazy tornado, and then out of that, Dave found his way to the Foo Fighters and we slowly kind of made our way up. It’s sort of a similar story like Wings from The Beatles. I always kind of thought of us like Wings a little bit.”

In the wake of Hawkins’ passing, the Foo Fighters announced that they were cancelling all of the band’s upcoming tour dates.

The band was supposed to play at the upcoming Grammys in April.

“We will honor [Hawkins’] memory in some way,” CBS executive vice president of specials, music, and live events Jack Sussman told Variety. “We want to figure out what is the right thing to do that is respectful to everyone involved. We’re patient. We’ll be planning right up until the very end.” 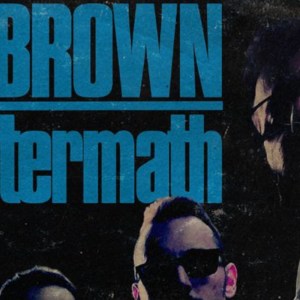