Julian Lennon/Jude/BMG
3.5 Out of Five Stars

Julian Lennon has always found himself in a somewhat precarious position. Being the son of one of the most revered icons in music history clearly gives him auspicious status, one that makes for a no-win situation no matter what path he chooses. There are those who imagine he inherited his father’s genius and, as a result, expect his own efforts to similarly soar through the stratosphere. On the other hand, he’s been given little slack, and if he fails to measure up, he’s susceptible to the cruelest critiques imaginable.

That is likely one reason why he’s been reticent about putting out any new music of late. Jude arrives a full eleven years after his last album, Everything Changes, which in turn, followed its predecessor Photograph Smile by nearly a decade and a half. Likewise, seven years passed between that album and the one that came before, Help Yourself. In a business where consistency is key, Lennon is clearly unconcerned with any need to be either prolific or prophetic.

That’s not to say that he hasn’t carved out a creative career. Mostly, it’s been focused on film, photography, philanthropy, and authoring children’s books. So too, as he approaches his 60th birthday next year, he’s no doubt had a chance to reflect on what he’s able to accomplish and how to do so on his own terms.

Notably, then, Jude is an album that may show the world that he’s a capable artist all on his own. The title is, of course, an obvious reference to the nom-de-plume given to him by Paul McCartney with “Hey Jude,” the song that shared advice and encouragement when the younger Lennon clearly needed it the most.

In that same spirit, the album unfolds like an elegy, with songs that bear such descriptive titles as “Save Me,” “Freedom,” “Not One Night,” “Breathe,” “Love Never Dies,” “Stay,” and “Love Don’t Let Me Down,” each unfolding as a series of stark, sobering piano-based ballads swept along on the strength of strings and heaps of dramatic discourse. The frenetic pace of “Every Little Moment” adds a sense of urgency, but the deeper emotion is already well implied.

Whether it’s meant as catharsis, or simply some sort of solitary statement isn’t clear, but regardless, Jude is Lennon’s singular statement, his purposeful pronouncement, his pivotal turn as far as coming into his own with music that bears a grander scope. I’ve had enough of sadness & Tears, he insists on the song prophetically titled “Round and Round Again.” Flying solo… counting the years/Running helpless…just killing time…

Clearly, Jude is Lennon’s attempt at saying he is who he is, and he’s here to stay. Given the manner in which he states his case so eloquently, the point is well made. 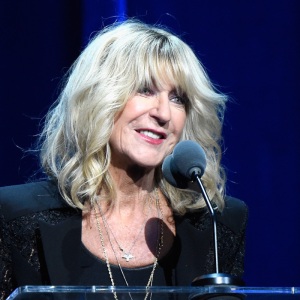 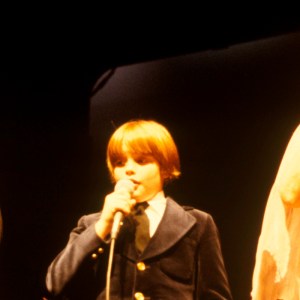