Recorded live at Levon Helm Studios on June 3, 2011, Carry Me Home comes across as both passionate and poignant for a variety of reasons. For one thing, it represents a union of two old friends whose relationship dates back to the filming of The Last Waltz, when the Staple Singers shared the stage as part of The Band’s final hurrah. For another, it was the final time Helm and Staples performed together prior to Helm’s passing less than a year later.

Nevertheless, in listening to this remarkable audio document, the thing that stands out most assuredly is the remarkable chemistry these two artists shared, as evidenced through a set of songs culled from the pair’s shared love of gospel, R&B, folk, and other archival sources. The selection of songs says it all—whether it’s arch blues and soul standards such as “Trouble In My Mind,” “Farther Along,” and “You Got To Move”—or choices spawned from their contemporaries, such as Bob Dylan’s “You Got To Serve Somebody,” Buddy and Julie Miller’s steadfast “Wide River To Cross” and the obligatory yet resilient reprise of “The Weight.”

Suffice it to say, the clarity and commitment invested in each of those offerings provided the emotional embellishment the material naturally demanded.

So too, the arrangements underscore that intent, be it the brassy flourish of Helms’ resident horn section, the harmony vocals contributed by Helm’s daughter Amy, Mavis’ Staples sibling Yvonne, Larry Campbell, Teresa Williams, Donny Gerrard, and Vicki Randle, or a supporting instrumental ensemble that plies an authentic soulful groove. Resolve and redemption play an equal role throughout, and when Mavis delivers the impassioned plea for justice and humanity conveyed in Curtis Mayfield’s prescient “This Is My Country,” it becomes a gripping indictment of the injustice that infests the American psyche with tragedy and turmoil and, as recent events verify, as much now as ever before.

In many ways then, Carry Me Home resonates in a meaningful and mighty way, an assured reminder not only of the power and purpose that emanates from a shared spirituality and the sheer power of song. A stunning document sourced from archival environs, it accomplishes all its title implies, bringing past to the present with depth and determination. 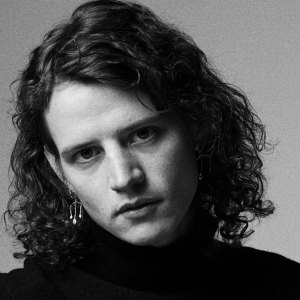