This is being heralded as singer/songwriter Miko Marks’ comeback after decades out of the spotlight.

But it’s not really.

After abandoning her music career in 2007 when the country music industry never really welcomed her, Marks had already committed to another try. That resulted in the official comeback full length in 2021, the terrific Our Country, arriving after 15 years of the singer taking time off the scene. Its striking combination of blues, rock, gospel, and country along with Marks’ searing voice, better represented her strengths, consolidated over the extended sabbatical.

She and her appropriately named Resurrectors band quickly followed that with a covers EP which found her tackling material ranging from John Fogerty to Willie Nelson.

But that was just a warm-up for Feel Like Going Home, a much anticipated new release from one of CMT’s Next Women of Country, Class of 2022. The excitement is justified.

Marks and her producers/band members, Steve Wyreman and Justin Phipps (they also co-wrote the songs with her), have captured the spit and spirit largely missing from Marks’ older work in eleven tautly crafted tracks. The sound crosses barriers that find her wading in the Southern swampy gospel of “The Other Side” to the Aretha-inflected soul ballad “Peace of Mind” and the acoustic zippy church rave-up “Trouble,” the latter a tribute to the civil rights movement, quoting congressman John Lewis’ “Good Trouble” motto. She goes Sam Cooke-styled soul/blues (her description) for “The Good Life” celebrating the trials of women who came before, clearing the path for her to travel. The deeper blues of “River” (River come take my body, take my soul) ratchets up the tension as Phipps’ harmonica takes cues from the great bluesman, Charlie Musselwhite.

Marks’ voice pulls these somewhat disparate threads together with a mix of the aforementioned Aretha Franklin (especially evident in the churchy “Deliver Me” with its gospel-backing female vocalists), and other female icons like Etta James and Mavis Staples. That’s some heavy company, but Marks’ talent justifies the comparisons. And in the title track, she has a timeless Delaney & Bonnie-influenced soulful/rocking anthem that will likely be sung in every show she does for the foreseeable future.

Each song reinforces Marks’ powerful, passionate voice and lyrics that, while clearly socio-political, are never preachy or overbearing. Rather, these riveting tunes combine to yield an album that is the personification and epitome of the singer’s career, as well as one of the late highlights of 2022. 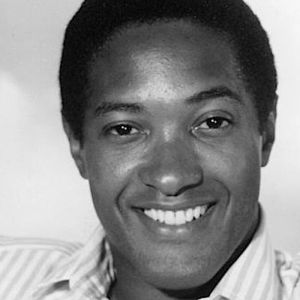