It’s impossible to avoid using some keywords when labeling the Delvon Lamarr Organ Trio’s instrumental sound. The adjectives funk, soul, jazz, and even psychedelic, appear in almost every review tagging the three-piece’s approach. Regardless of the repetition, all are accurate descriptions trying to move the reader closer to the deep, often intense groove these guys effortlessly craft on the album and especially live.

Existing fans will be thrilled to learn there are few changes, other than a new drummer (Dan Weiss whose name the band features in the disc’s pun-happy title), on the outfit’s third platter. Organist Lamarr keeps the focus centered with his active, always in the pocket work recalling greats of the instrument like Booker T., Brian Auger, Jimmy Smith, John Medeski, and Jack McDuff. Guitarist Jimmy James urges on the attack, laying back and sometimes exploding in a shower of fretboard sparks, and drummer Weiss keeps the rhythm snug, crisp yet loose enough to allow Lamarr and Jones to blast off when needed.

The key is the chemistry generated when this bass guitar-free (Lamarr handles those parts with pedals) collective connect on open, uncluttered arrangements that keep the six-legged machine from overpowering each other, or the riff-based material. Not surprisingly Lamarr is often the center of musical attention but his dramatic, flexible playing is never showy or hyperactive. The tendency is for the musicians to strut their stuff and push into extended jam heavy improvisations, but each restrains themselves. Most cuts like the vibrant “Slip ‘N Slide,” clocking in at a conservative 2:37, and the Motown strut of “I Wanna Be Where You Are” (pushing just past 3 ½ minutes), keep the playing time tidy and taut.

It’s impossible to keep from instantly tapping your feet along with the heavy funk of the opening “Pull Your Pants Up” propelled by Weiss’ deft drumming and ensemble playing that is the definition of locked in yet elastic. When Lamarr tears into his solo at 2:20, it kicks the vibe into overdrive. The triumvirate erupts into a blues upsurge on “Big TT’s Blues,” and on “Don’t Worry ‘Bout What I Do” James gets a chance to unleash his Hendrix/Prince infused guitar on this ten-track set. His work is a highlight of the group’s concerts but is frustratingly MIA for most of this 40 minute, nine-track set. The tone gets tamped down for the smooth ballad “Uncertainty,” the set’s quietest selection but stays frisky for the rest through to the closing “This Is Who I Is” featuring James’ tense and tensile lead.

It’s another home run for Lamarr’s trio who hasn’t made a misstep yet. Get on board and bring a friend as these guys generate the fiery funk/soul/jazz heat. 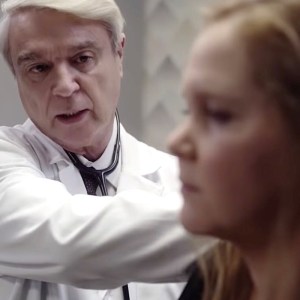