On the third studio album from The Gun Club, frontman/auteur Jeffrey Lee Pierce apparently wanted to move past the “punk-blues” tag that was somewhat accurately applied to the band’s first few releases.

Bringing in a “name” producer in Jeff Eyrich (T-Bone Burnett, The Plimsouls, Rank, and File) was an attempt to make this 1984 release a bit more of a commercial offering than some of the anxious, edgy music the group had trafficked in previously. Of course, nothing was going to change Pierce’s quivering howl of a voice that seemed to emerge from some musical purgatory and was at the center of The Gun Club’s approach.

Pierce’s first choice of producer was Televison’s Tom Verlaine and, although it didn’t work out, there is just enough of that outfit’s sound here to appeal to the mid-’80s artsy/downtown NYC crowd. Songs like the angular “Stranger in Our Town” featuring guest Dave Alvin, the pulsing bass of “My Dreams” and the twisty guitar solo in “Bad America” could have been on a Television album.

A few odd but interesting covers appear in the middle of the set. “The Master Plan” instrumental is a cover of a Pharoah Sanders/Leon Thomas obscurity, which displays Pierce’s eclectic nature. The following George Gershwin’s “My Man’s Gone Now” takes that already sorrowful tune and makes it even more wrenching due to the frontman’s creepy shriek of a voice strangulated over straight ahead jazz featuring an uncredited pianist.

Overall, The Las Vegas Story is more swamp than blues-oriented. But the songs and especially the singing are some of Pierce’s finest, most controlled recorded work. The playing by his backing three-piece featuring long-time Gun Club guitarist Kid Congo Powers is gutsy, yet never overly abrasive even as the subject matter is consistently on the dark side. The closing acoustic “Secret Fires” is another oddity. The track’s acoustic country waltz time style doesn’t connect with anything that preceded it but it’s another indication of Pierce’s diverse nature and influences. His vocals on the song are also remarkably flexible and moving.

This “deluxe” three-disc edition is a mixed bag though.

On the plus side, the upgraded studio audio is the best this collection, initially marred by a substandard mix, has ever sounded. A beautifully assembled 24-page book includes wonderful, often touching, always incisive essays from most of the participants along with a batch of rare photos, posters, drawings, and other oddities that are well worth seeing. But a second disc presenting a live performance from the supporting tour, recorded on what seems like a handheld cassette, while capturing some of the energy of a typical Gun Club gig, is a challenging listen due to its tinny audio.

Still, that is a glistening gem next to the enclosed DVD. Subtitled “The Gun Club on the Road,” this hour-long video is the very definition of raw. A single camera tries to capture what is clearly an inebriated and out-of-control Pierce in a performance only the most fanatic follower could sit through. The frontman plays (actually “plays” is too generous a term, more like blows into) a trumpet for half the set as he stumbles and staggers around the stage with no sense of pride in the songs or doing anything other than acting a fool. The result makes a typical Iggy Pop concert of the time seem like U2 in comparison. It’s barely tolerable to watch a talented songwriter like Pierce, whose incisive lyrics and visionary sound were sadly underappreciated, disintegrate on stage in a show that does more damage to his image than enhance it.

In retrospect, his untimely death at 38 years old, a decade after this shambolic mess, seems inevitable. 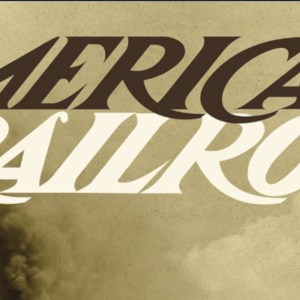