There’s nothing contradictory whatsoever about the title of the Jorgensens’ latest LP. Over the course of the eight years since they originally met, Kurt and Brianna Jorgensen have made it their mission to probe the depth of dreams and desires while giving due diligence to all those feelings felt by most individuals.

Americana Soul shares those sentiments with expressive emotion, doing in a way that mines the very essence of true soul and classic R&B. They certainly succeed, bringing to mind the recent recordings of War & Treaty as well as any number of classic combos borne from Detroit, Philadelphia, Memphis and the other urban environs that gave soul music its seminal start.

At this juncture, it’s probably best to mention that the Jorgensen’s are a white duo, one that’s taking a timeless approach that allows them to pay due reverence to a sound well known for its feeling and finesse. With the help of an ample ensemble that incorporates brass, strings, and other accoutrement needed for true rootsy refinement, they pull it all off with both sway and swagger. In fact, songs such as “Old Black Crow,” “Miles,” “Boom Boom Boom” and “Shake It” not only deliver on the album’s stated musical premise but manage to do it with both a solid stomp and an overall delivery that’s rich, rousing and flush with a clear passion and precision.

That said, the closing number, “State Line,” makes an indelible impact courtesy of an emotive ballad, that allows the sentiment to soar even higher.

Of course, there may be some who believe that the connection between Americana and soul is tenuous at best. Yet, being the overriding umbrella that Americana music ultimately allows, blues, gospel and R&B have traditionally found their perfect fit. Thankfully, the desire to remain all-inclusive has become a major part of the Americana mission, making it little surprise that Americana Soul finds its credible connection. The Jorgensen’s have stirred a rich and resilient musical brew, allowing that degree of craft and credence the music so decidedly deserves. 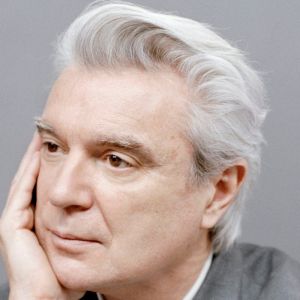