One can only imagine the chagrin felt by Rounder label bigwigs when Robert Plant and Alison Krauss decided not to immediately follow up their six-time Grammy-winning, platinum collaboration (2007). Those frowns have likely now turned upside down as the unpredictable ex-Zeppelin frontman and his bluegrass-based musical compatriot give their unlikely partnership another go.

Like the prior release, Raising Sand, this roof-raising collection produced by T Bone Burnett features some of the same musicians and is predominantly comprised of obscure covers dusted off and rearranged, often radically, by the vocal duo. Both are in fine form and even though they only sing a few leads together, there is a clear artistic connection reflected in the song choices and performance.

The set runs from the swampy, moody, fiddle enhanced reimagining of folk legend Ola Belle Reed’s dark, banjo-driven “You Led Me to the Wrong” and a relatively straight-ahead version of Geeshie Wiley’s “Last Kind Words Blues” to Plant digging into the Chess catalog for the soul nugget “Searching for My Love,” originally performed by Bobbie Moore & the Rhythm Aces.

Some less obscure selections originally by The Everly Brothers (“The Price of Love”) and Lucinda Williams (the Randy Weeks penned “Can’t Let Go”), find both singers harmonizing, the latter in a slow, rockabilly interpretation that rides an organic groove. Krauss delivers an elegant, melancholy reading of Merle Haggard’s “Going Where the Lonely Go” as Plant enters for the heartbreaking chorus.

Folk guitarist Bert Jansch, a strong influence on Led Zepplin’s acoustic musings, is revived by Krauss’ vocal on the meditative and eerily percussive “It Don’t Bother Me.” The opening version of Calexico’s “Quattro (World Drifts In)” infuses shadowy global beats as both singers join to tackle the spiritual lyrics.

It may have taken 14 years to arrive, but Raise the Roof is another gem from the Plant/Krauss/Burnett team. It’s surely as powerful as, and possibly better than, the twosome’s impressive debut.

Hopefully, we won’t have to wait as long for the next one. 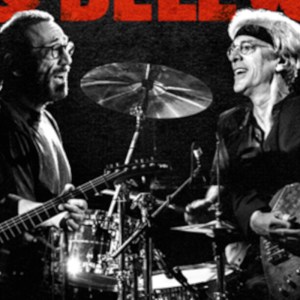