There are 13 rooms in Harry’s House, and each one is decorated with a different arrangement of delicious harmonies and complex instrumentation. To put it simply, Harry Styles’s third album is unmistakably groovy. It’s also quite the sonic evolution from his first solo release, “Sign of the Times,” which was released ahead of his 2017 self-titled album. But to get to the heart of it, Harry’s House pleasantly surprised us—knocked us off our feet actually—with its synth-layered earworms.

Styles kicks off his record with a disco-inspired wind up of funky falsetto on “Music for a Sushi Restaurant” where the singer declares I don’t want you to get lost. Roger that, Styles, we’ll take your lead through the record. Following the opener, Styles hits a punchy pop arrangement on “Late Night Talking,” which he first debuted at his 2022 Coachella performance along with “Boyfriends.”

Rounding out the opening trio is “Grapejucie,” where it becomes clear that Styles is opting for a head-over-heels-nothing-else-matters type of love story for Harry’s House. Each song on Styles’s third record release tugs on themes of carefree fascination and attraction with cheeky suggestions of closeness. Further, a triumphant horn section backs these sentiments over the course of the album.

Not to be outdone by some of the more upbeat, irresistible dance tracks, Styles lets a hazy melancholy creep in on songs like “Matilda” and “Little Freak.” You don’t have to be sorry for leaving and growing up, Styles sings to an anonymous Matilda. Adding to the intricacies of Harry’s House is none other than John Mayer. The “Gravity” signer plays electric guitar on songs “Cinema” and “Daydreaming” with a particularly distinct solo on “Cinema.”

The album hits an epic crescendo in the third-to-last track, “Satellite,” which stirs up memories of earlier alternative rock bands. Harry’s House then sweetly ends with the closer “Love Of My Life.”

Overall? It sounds like Styles is recounting a series of romantic affairs to a friend. It’s intimate but relatable; complex but easy to listen to. Harry’s House is a summertime fling that, thankfully, seems like it will stick around for quite a while. 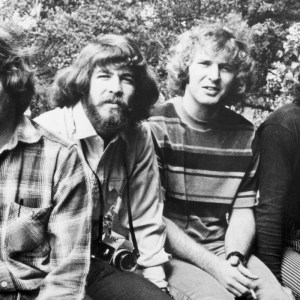