The Roadside makes for an auspicious return for Billy Idol, even if it is in the form of an abbreviated four-song EP.  After a nearly seven-year absence, fans have reason to wonder if the one-time celebrated punk poster boy can still retain his menacing facade while the kind of music that was once considered Vital Idol.

Happily, even a cursory listen affirms the fact that his snarl and swagger are still intact. “Rita Hayworth,” what one thinks was an otherwise unlikely tribute to the iconic screen star, storms forward as a ready rocker, assuring the faithful that at 65-years old, Idol’s still that irascible insurgent that graduated from Generation X (the band, not that birthright).  More importantly, he’s making music that boasts the same rumble and grumble he yielded before.

“U Don’t Have To Kiss Me Like That” maintains that momentum, a strident, tempestuous, and decidedly tangled commentary on the pitfalls that affect romance and relationships. Closing track “Baby Put Your Clothes Back On” finds Idol in Big Ballad terrain, summoning up the swoon and croon that once gave David Bowie and Bryan Ferry some keen competition for cabaret cool.

Nevertheless, the entry that carries the most weight, at least in terms of a cerebral perspective, is “Bitter Taste,” a slowly-stirred meditative musing on life, death, fate, and fortune. It all seems to stem from the near-fatal motorcycle accident that Idol had in 1990. The fateful ride is recounted with no detail going unspoken. The vocal comparison to a deadpan Jim Morrison is unavoidable, mainly in terms of the dire delivery and a similarly fatalistic point of view.

Hello, Goodbye, There’s a million ways to die, he insists on the repeated refrain.

With longtime guitar foil, Steve Stevens still providing the surging sounds and producer Butch Walker, whose accreditation stems from his work with Weezer and Green Day, the intensity is assured. Idol himself had the incentive to make a major statement of some sort, at least to ensure notice that the Bad Boy is indeed back.

So too, the fact that he’s affiliated with George Harrison’s recently revived Dark Horse label is a statement in itself.

George would likely have approved. He may have been the quiet Beatle but he hopefully would have been willing to help a poser persevere. 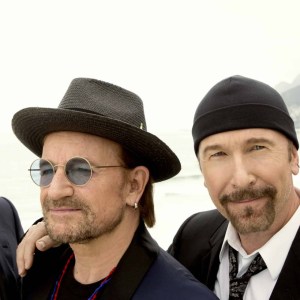 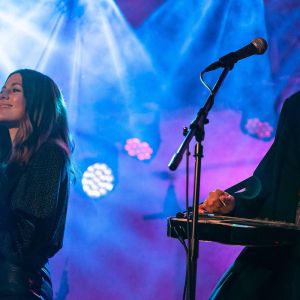