Dominic Richard Harrison, AKA Yungblud, has managed to attract quite a respectable following despite a relatively abbreviated career. Both an artist and an activist, he bridges the divide between rap, hip-hop, and modern pop in ways that allow his music to remain accessible to all. Now three albums on, he’s made his best bid for overall success so far, courtesy of an eponymous offering that shares some real circumstances with a forthright and frenzied approach that leaves little to the imagination.

Still, despite his relatively young age—he’s barely 25—he conveys a remarkable sense of self-awareness, and if he seems especially vulnerable on some of these songs (I love myself but that’s alright, he insists on the album opener “The Funeral”), one gets the sense that he’s speaking for others that imagine themselves in a similar scenario. The insistent strains of that particular offering bring to mind Billy Idol’s “Dancing With Myself” in both tone and tempo. Likewise, the tracks that follow in rapid-fire succession—“Tissues,” “Memories,” “Cruel Kids” and “Mad”—are equally expressive given the similarity of sentiment. Whether one chalks it all up to the recriminations of a dissatisfied insurgent or simply the honest expression of an intuitive observer, the music remains unflinching and incisive while making for a compelling and cohesive effort overall.

That said, the new album does find its namesake particularly pensive at times, especially on the ballad “Sweet Heroine,” one of the most indelible offerings of the entire album. So too, on a song like “Sex Not Violence” and “Die For a Night,” he tempers his approach in order to bring a more thoughtful side to the proceedings. “Don’t Go” offers a more playful pastiche, which lightens things up considerably, although the urgency remains mostly intact, especially when it comes to a song such as “Don’t Feel Like Feeling Sad Today,” one of the more emphatic numbers overall.

Ultimately, Yungblud makes it clear that seniority doesn’t hold a monopoly on insight or intellect. With this latest opus, Yungblud proves that point. 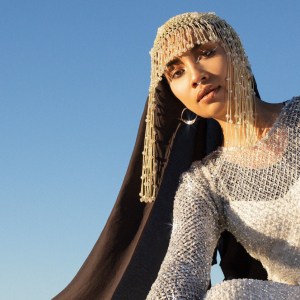