In America today, seemingly every conversation about art or politics or society, in general, includes the concept of identity. And it’s regularly understood in singular terms. Person X is often reduced to either this or that. But this is not the way everyone expresses themselves around the world. People, like countries, can be melting pots. Can be fluid. Can be comprised of many different influences, which themselves are comprised of many different influences, too. In the country of Malaysia, for example, which is the home of the celebrated songwriter and performer Yuna, people are understood to reflect where they come from: a region rich with different national influences, from Chinese to Indian to British to Malay. And it’s this cornucopia of styles that comprise the music that Yuna makes and shares with her listeners. It’s these types of songs that drew audiences to her. And Yuna’s latest release—well, releases—reflects this, too. This year, Yuna will drop five EPs that will, come November 11, make an entire full-length. And her latest, Y4, is out today (September 2). But careers do start somewhere and for Yuna, it was as a kid with her father and his guitar.

“My earliest memory is him playing the guitar on the couch,” Yuna, 36, tells American Songwriter. “I was a baby, climbing on the guitar.”

Yuna says her father grew up loving music, himself. From Malaysian songs to Western music. He even traveled around the world, playing gigs. Later, as she grew up, she remembers listening to songs in the car, singing along in the vehicle to its CD player. And when her parents learned of her early natural singing ability, they began to foster it. They put her in singing competitions, which were and are popular in the country, and she loved it. But it wasn’t until she was a teenager that she learned how to “crack the code” of writing her own tunes.

“I remember this moment,” she says, “like, why can’t I write a song? Why can’t I crack it? How do people write songs? I just remember thinking I have to crack the code of putting words and music together.”

When Yuna was 19 years old, she learned how to play the six-string, following in her father’s footsteps. Then came the words atop the notes. Though her father never talked much about his music career, she saw pictures and learned it was very much in her blood. He liked listening to songs, which constantly played around the house: Carlos Santana, Eric Clapton, and the Beatles. All the great guitar players. And because Malaysia is a bilingual (even, multilingual) nation, Yuna had the natural ability to write songs in both Malay and English.

“We have MTV,” she says, with a chuckle.

At the various singing competitions, she strengthened her knack for performing on stage. She saw the business, too. She made the Malaysian version of American Idol, though she didn’t love the experience. She performed wearing the traditional Muslim hijab, unafraid of showcasing her beliefs (a practice she continues today). Though she no longer participates in singing competitions, she says she cherishes that they were part of her upbringing. Today, she keeps her many trophies in a storage room. Though those metal objects are out of sight, Yuna has plenty more accolades that are very visible, including songs with legendary artists like Usher, Pharrell, and Tyler, the Creator. That she’s so capable in so many different arenas is a testament to where she comes from.

“Malaysia is a melting pot of different cultures,” she says.

For breakfast, she will eat banana leaf rice, a traditional Indian dish. As she walks down the streets, she’ll see Chinese influences in architecture. She speaks multiple languages. In America where “cultural appropriation” is a very real thing, often on the tips of tongues, where Yuna comes from, there is more of a sense of welcoming, a more porous understanding of sharing cultures. She might wear a sari to a wedding or immerse herself in Bollywood songs or movies. And these cultures have very much seeped into her music, the melodies that swim in her creative mind.

“I grew up just learning about difficult cultures,” Yuna says. “And respecting them and being a part of it.”

Today, as an artist, she’s also creating culture. She makes music that enters the ears of thousands, millions. She says she loves the musical genre she participates in most—R&B or Alt-R&B—for the fact that it’s “very fluid.” She grew up listening to Alicia Keys, Pharrell and now she’s working with many of the folks she idolized as a young person. She continues to learn how to open herself up to new ideas, sounds, and styles. It’s not difficult, since it’s also so much a part of her origin story. So, when she gets into the studio with Usher, she’s able to be nimble to his influence. And in turn, when she works with other producers, she can offer stylistic ideas, suggesting, perhaps, this Indian instrument or that Malaysian sensibility. She remains unconfined to one thing.

“I’m really blessed to be able to make the music that I want,” Yuna says. “With the people I look up to and still remain true to my identity.”

What helps her approach is that she doesn’t consider herself a finished product. She still wants to learn—it’s a lifelong pursuit, after all. It began for her early on by writing songs in her home country and posting them on Myspace. Soon an audience grew. She got to know local artists and eventually, international notoriety found her, which in turn led to more. She made a move to the United States in the early 2010s and everything has been taking off since. She was confident in her ability, in her judgment. She didn’t take the first offers she received locally and it paid off with international attention. And like so many, during the COVID-19 pandemic and ensuing lockdown, Yuna, who is married (her husband helps produce her popular music videos), realized more about herself during the global hiatus. She saw that some parts needed to slow and others could ramp up. The result is Y5 and its collection of songs released like breadcrumbs throughout 2022.

“That was how it was back then when I first started writing songs,” she says. “I write someone, I record it and I put it out.”

With the series of releases, rather than one big album drop, she’s able to offer fans many works, fine-tuning each in relative real time. It’s boom-boom-boom instead of a BOOM. Each EP has a distinct tone and flavor. From the summery Y3 to the more R&B-focused Y2. The releases are balanced just as she is. She’s also, outside of music, taken to interior design, fixing up her parents’ house. She’s experimenting with songs more, too. Life, in a way, is Yuna’s oyster. She’s opening new doors and seeing where they take her. But it’s due to her love of song that all of this has been able to transpire, largely. As soon as she “cracked the code,” the answer sprung up: music is a conduit for the diversity life has to offer.

“Music keeps you young,” says Yuna. “It keeps you excited. It’s water, it’s like a conductor of energy. Being someone from such a small country, I make music and now everyone has access to it. It’s just amazing to me.” 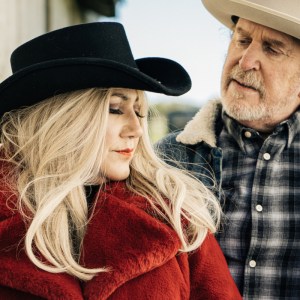 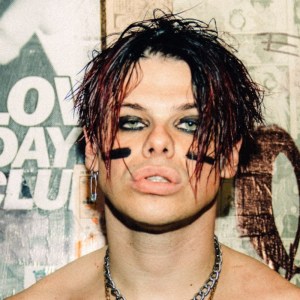