I’d be lying if I said that I haven’t put on Survivor’s “Eye of the Tiger” and imagined myself as Rocky Balboa in the midst of an epic boxing montage. Jab-Jab-Cross. The song’s building guitar riffs and piercing lyrics, delivered by Survivor’s lead singer Dave Bickler, are unmistakable and quite frankly, motivating.

Rising up, back on the street
Did my time, took my chances
Went the distance, now I’m back on my feet
Just a man and his will to survive

The track was written as the theme song for Rocky III as requested by movie star Sylvester Stallone, which we dive into HERE, but what else went into making this song? How has it impacted pop culture both then and now, 40 years after its release in 1982? Read below for a deeper look at the creation and subsequent impact of Survivor’s “Eye of the Tiger.”

“Eye of the Tiger” was written by Frankie Sullivan and Jim Peterik, the co-founders of the rock band Survivor, but Rocky himself had a few pointers for the seasoned songwriting team. As reported by Songfacts, Stallone (who plays Rocky in all six Rocky movies) put in a few requests after hearing the song’s demo.

First, Stallone asked if the drums could be louder on the track, more overt. Then Stallone asked Sullivan and Peterik if they could write a third verse for the song instead of repeating the first verse. And the Survivor writers did just that.

“Stallone has a good ear for a hook. Just listen to his dialogues—he wrote those scripts. He came up with ‘Eye Of The Tiger’ for that script and those hook phrases like, ‘I’m going to knock you into tomorrow.’ All that stuff is Stallone, he’s a genius with dialogue,” Peterik said, according to Songfacts. “Songs are nothing more than dialogue set to music as far as I’m concerned.”

The third verse continues the theme of determination, but now, “Eye of the Tiger” discusses the return of glory.

Rising up, straight to the top
Had the guts, got the glory
Went the distance, now I’m not gonna stop
Just a man and his will to survive

Outside of the song’s lengthy run at the top of the Billboard Hot 100 chart and Grammy win, “Eye of the Tiger” permeated throughout popular culture. First and foremost, the song was used again in Rocky IV after its debut in Rocky III. And people took the song home with them from the movie theater. Suddenly, “Eye of the Tiger” became an anthem for not only boxers but any athlete, both amateur and professional. Most recently, Olympic snowboarder Nick Baumgartner revealed that “Eye of the Tiger” is on his playlist.

But why does “Eye of the Tiger” have such a hold on folks 40 years later? It all comes down to roughly two things: simplicity and grit. “I guess if you want to analyze it, it would be an unbelievable, powerful beat which is so simple and primal,” Peterik said. “It’s the reason marching bands still make formations to it, it’s very simple. It’s two and four, that’s it. Then you have the term ‘Eye Of The Tiger’ and the tiger imagery. It’s a great image, it’s a ferocious image. Then you have the very simple melody—the chorus is like three or four notes. I guess simplicity with a message people can relate to. It’s all those things.”

“Eye of the Tiger” lawsuits

With the widespread popularity that the song has garnered, lawsuits were inevitable. Everyone wants a piece of this song, but the credits can only lie with its credited creators. So, in an effort to preserve the songwriter’s authority, Survivor sued Newt Gingrich in 2012 for unauthorized use of the song at political rallies. Sullivan also sued Mitt Romney for the same reason. Later, Sullivan’s company Rude Music would sue Mike Huckabee for unauthorized use of “Eye of the Tiger” political rallies.

Taking Rising up to the challenge of our rival to a literal end. 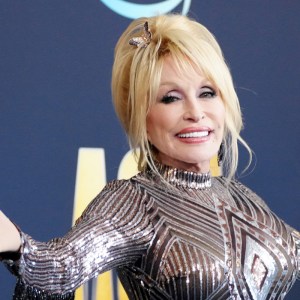 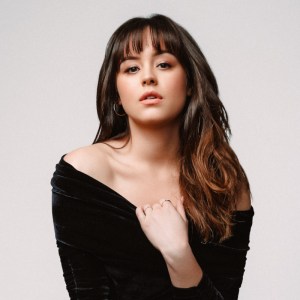