Since forming in the late ‘90s, Dexateens have been serving up their so-called “skillet rock” to anyone who will listen. Their latest album, Singlewide, heralds a sonic shift for the Alabama-based band, as they move from amphetamine-charged rock to a more laid-back, country feel. After their set for Next Big Nashville this October, lead singer Elliott McPherson spoke with Woxy Radio about the evolution of the band’s sound, and their plans for the future.

I know I introduced myself as Mike, but I’m with WOXY radio. We are based in Austin now but for the longest time we were in Cincinnati. We played a couple tracks off of Singlewide here recently. I definitely enjoyed that rendition of that song. I wanted to ask you about it. I was doing some research and came across something you wrote on your MySpace page. It sounds like it maybe has a correlation to the song you just did?

It is certainly teetering on the same topic. It’s something that is easy to draw inspiration from, living where we live. I was raised in Montgomery, Alabama. So, it’s certainly something we deal with in Alabama which is why there are a few songs in our catalogue that deal with it.

You recorded the record here in Nashville, right?

It is kind of a progression from your earlier stuff. It has a little bit of mellowing in its sound. Do you agree with that assessment?

Yes, I mean it was somewhat intentional. Our first three records are rock and roll. They are dirty and aggressive punk rock. It only makes sense that a band would want to do some different things. I feel like all of our records are pretty different from each other but this one is the most drastic leap. I don’t know if it’s a leap for the better or worse, but a leap for the different for sure.

We are going to record a record in January and I think it’s going to be pretty much a blend of everything but heavy on the rock. The live show is pretty rock and roll. I think it does confuse people when they hear our latest record. If people don’t know the history of the band, it doesn’t make sense.

So you are thinking of getting back to more of the rock with this album?

Now is Tuscaloosa/Birmingham area still home base for all of you?

Yes. Everybody is from Birmingham. Matt lives in Jasper and I live in Buhl.

That’s really cool that you guys keep that kind of dynamic going. Speaking of the band dynamic, you did have a change in your line up a little bit. How has that affected the band?

I’ve just gotten used to that kind of stuff. It’s weird. Even when we lost members, I wouldn’t want to keep going but we would all rally together and get through it. Ten years into it and being a little older, you look at things different. You have to weigh your priorities differently.

What does the rest of the year look like for you guys?

Did you enjoy yourself in there?

Yes, we have played on tiny stages so it was nice to have some room. 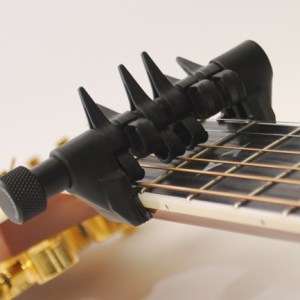