On the surface, Rhett Miller and Chris Funk are unlikely collaborators. The first is something of an alt-country legend, fronting cult favorites Old 97’s while maintaining a lower-profile but just as respected solo career. The latter is a sometimes-Decemberist, sometimes-Black Prairie multi-instrumentalist who is far more accustomed to backing others than he is enjoying the spotlight of a frontman like Miller. But when the two came together to record Miller’s most recent solo album The Traveler with Black Prairie, those differences became complements.

The resulting album is one that mines the best of both worlds – Miller’s confessional songwriting (most of these tracks were culled from Old 97’s leftovers, and as such happen to show Miller’s softer side) and Black Prairie’s virtuosic musicianship come together for songs that are vibrant, organic and reminiscent of the feeling of a live performance.

We at AS got to listen in on a conversation between Miller and Funk about their time together recording The Traveler.

Rhett Miller: We did a tour together in the northeast where I was playing solo and Black Prairie was opening the shows, which was crazy, and then joining me on stage for five or six songs at the end of my set every night. And it was so natural. I don’t know, Chris, this may not have been your experience but to me it seemed as if we had been playing together forever when in fact we never even rehearsed once before we got on stage together. And I just felt so great. And after the shows every night we’d go out and have a beer, maybe some late night food, and we’d make each other laugh, and it was just such a natural friendship, both musically and personally, that, for me, I knew that I was just trying to figure out as quickly as possible how I could work with Black Prairie. Was it fun for you, Chris, or was it like pulling teeth?

Chris Funk: It was miserable. No, kidding. Yeah, that is it. I remember when we booked these shows, our agent was like, ‘Yeah he’s going to be totally solo.’ And I was like well that’s crazy because we’re like a five-piece band and maybe we can talk him into jamming with us if we learn some of his songs. I remember the first show you were like, ‘Yeah we don’t have much time, I don’t know if we should do that or not.’ And then we had fully rehearsed the songs, like we’re gonna knock his socks off and make him wanna do it. So it worked. Our plan worked. And it turned into an album, which is a great thing.

RM: Oh it’s so great. It took like a year and a half before we were able to pull it together to make the record. The way it works was the 97’s album, they wanted all of the songs that were really raunchy and super kind of garage rock. And the songs that were left over were these beautiful, pretty songs that needed all of the lush arrangement that a big outfit like Black Prairie with their massive skills and talent was able to pull together. Annalisa [Tornfelt] on the fiddle and nyckelharpa and her vocals and Jenny [Conlee] on all the different key instruments, especially the accordion – I love the way the accordion sounds on so many of those songs, but even the rhythm section. Then the guitar solo that [Jon] Neufeld does on “Wanderlust,” I don’t really know of any other guitar player that could pull of that guitar solo. It couldn’t have been more perfect. It was so fun. And we recorded so quickly, right Chris?

CF: We did, yeah. Gosh, what was it, five days and then a couple of pick up days? The whole album was recorded as a full band with me adding my parts later. I kind of sat behind the glass and helped drive the ideas around. It’s fun to do it that way. It’s fun to have a band. One of the things we set out to do when we started Black Prairie, which is a bunch of Decemberists who have a lot of experience backing up a songwriter, was to say, ‘Oh it would be great to work with other songwriters, like The Band.’ Rhett was the first person that we’ve done that with and you noticed in the studio, Rhett, we kind of had a group of producers in the studio. That’s the really fun thing about Black Prairie is that everyone’s chipping in for arrangements and has ideas, and Rhett had ideas, so thankfully everybody got along [laughs]. It was a very healthy, creative environment. It was a lot of fun that way. And Jon Neufeld’s guitar solo on “Wanderlust,” that is a very good guitar solo. I’m pretty sure he did it in one take. He’s a shred master.

RM: He is. It’s so funny, at certain points he would pull out an electric guitar and show us what he could do if he was in a different sort of band, but thank god he played our weird old-timey back porch music.

CF: Reflecting back on the record, I just listened to it the other day. Whereas Jon is a one-taker, you’re also, as a singer, I should let the world know, a one-taker. I remember just recording your vocals and you being like, ‘What did you think?’ And I’m like, ‘It sounds fucking amazing. Do you want to do another one?’ You feel compelled in the studio to do another take, you know, just because, in the digital age we have to do that. But you’re like this old style of singer that can sing to tape. I imagine these old Muscle Shoals sessions where Aretha Franklin steps in the booth and just knocks it out and is like, ‘Okay boys, let’s go to lunch.’ You sing in that way that you’re confident and you sing on pitch every song and it was really refreshing to work with someone who can just come in and sing like that. It’s rare these days. So that was a really exciting memory of the session for me, because you can just get beyond it and really start making music and not get bogged down in technology or worrying about notes or performance things. It was really a lot of fun.

RM: Thanks, Chris. Obviously it’s fun to work with you as a producer because you trust me to do that. I’ve worked with producers before who would have me do it over and over and over and this is what I think breeds insecurity in vocalists, especially during this day and age. I know I’m always on pitch. I have 10,000 hours of experience to deliver a vocal. But if you were to sit there with my voice – and I’ve had producers do this, producers that you actually know quite well do this – they’ll put my voice through a tuner and they’ll say to me, ‘That wasn’t a good take.’ And I’m like, ‘Are you freaking kidding me? If you want a robot, I’m sure there’s a computer program or an app that can do that for you.’

CF: It’s just no fun. I think with the kind of music that this album is, or the kind of music that I make all the time or that you make, which is not auto-tuned pop, I always think about a Jimmy Page guitar solo where you can hear the mistakes everywhere but the vibe is the moment, they’re having fun. How is it supposed to be work? This is not work. Touring is the work part. The studio is the fun part. It’s not going to feel fun every day, but we had fun every day.

RM: We did, we did. In this day and age of perfection, or some unrealistic idea of perfect, it really extracts the humanity from the performances and it’s such a shame because that humanity is what makes the performances important. You think about the Beatles standing around one microphone and doing it a bunch of times until everybody did it well enough. Mistakes are what makes it human. I’m really proud of what we did, because to me it sounds perfect. That is perfect.

CF: Right. It always starts with a song. You brought up the Beatles. People listen to their songs and then it comes to the ornamentation, the singing, the orchestra you put behind it, whatever it happens to be, and then the technical part of it is just the delivery. To use a cliche of talking about painting versus music or something, people will never sit there and talk about the type of canvas a painting was painted on. So to sit there and worry about what microphone sounds the best, when you get to a certain level of audio it’s like this is going to sound good no matter what, we’re in a quality studio. 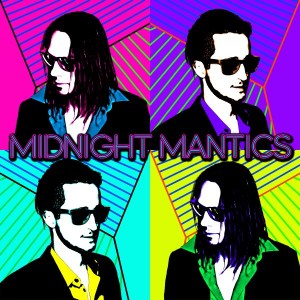 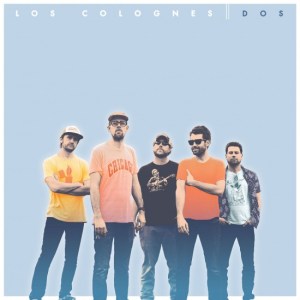