Ever since he co-founded the Fairport Convention at age 18 in 1967, Richard Thompson has spent a large part of each year on the road, traveling from town to town, gig to gig. He turned 66 in April, but he hasn’t lost his taste for the itinerant life, and this year he has already hit the road again to support his new album, Still.

That album begins with two very different songs about traveling. “Beatnik Walking” celebrates that life unabashedly. The number describes a real trip that Thompson took with his second wife Nancy Covey and their infant son in the ’90s. Basing themselves in Amsterdam, they spent every morning walking along the city’s canals and exploring the famous homes of Anne Frank and Rembrandt. Each afternoon they would pack up the car to drive to the next gig, never more than two hours away.

The joy of exploration and discovery is communicated by the jaunty, spring-loaded guitar figure; the forward motion of travel is captured in Michael Jerome’s tumbling drums and Taras Prodaniuk’s jabbing bass. “We’re on the right track, Jack,” Thompson crows in an unmistakable nod to Mr. Kerouac, “to leave the beatnik blues behind.”

“When I was 16,” he recalls, “it was quite the thing to read the Beat poets and Kerouac. It was great to be in England freezing our balls off to read about Big Sur and all these interesting people. It was very engaging and had a great flow to it. I’m sure he was a flawed human being, like all of us. But when I was 16, I wanted to get out of the place where I was and explore all the places he had explored. To be somewhere you’ve never been is very inspiring when you’re young.”

By contrast, “She Never Could Resist A Winding Road,” one of Thompson’s loveliest creations, presents a more nuanced view of travel. This time the narrator is not the traveler but the person left behind, the one who has to stay put and maintain the home while the other goes on her merry way. The narrator stands in his doorway, staring at the space where his lover’s car had been, wishing she would have stayed but knowing he could never have held her for long.

“If you love her, better know,” Thompson sings in his Anglo-Scot baritone, “she needs you now, but soon she’ll go. She never could stay any place too long.” Her constant motion is translated into a guitar solo that breaks down the chords into melodic triplets, and their skipping momentum seems to trace the departed lover’s route across the map. The narrator is left to wonder why he’s always “a hundred miles behind her.”

“That song is based on someone I know, someone who’s always restless, always off at the first opportunity,” Thompson acknowledges. “I admire restlessness in myself or in other people; it’s good to not be satisfied, to want to see what else is out there. While it can be disruptive to other people, it’s good to always be looking for something else. Perhaps those other people should be more restless too. It’s a model for all of us to not be satisfied with what you have.”

Restlessness, of course, manifests itself not only geographically but also artistically. Even in his sixth decade, Thompson keeps busy. Still is his third album in three years, following 2013’s Electric, the highest-charting release of his career, and 2014’s Acoustic Classics, a re-recording of 14 of his most popular songs in unaccompanied-voice-and-acoustic-guitar arrangements. And it’s not just that he’s writing a lot of songs and recording them but that he’s also still seeking out new challenges: different producers (Buddy Miller for Electric and Jeff Tweedy for Still) and untried angles of attacking subject matter.

It doesn’t matter to Thompson if a song celebrates travel or questions it. It doesn’t matter if the woman in the song is withholding her favors (as on the new album’s “All Buttoned Up”) or pushing them too aggressively (as on “Pony In The Stable”). It doesn’t even matter if the narrator is the victim or the bully in these relationships (“She’s all buttoned up, no place to go,” he sneers wittily in the first; “You’re rushing me and crushing me,” he whines in the second). All that matters to this songwriter is if he can open a new window on human nature.

“The important thing is to write a good song,” Thompson insists. “A good song can be shocking; it can be quite sympathetic, but either way it will touch on a universal experience. But it’s hard to come up with a fresh approach. That’s why it’s good to challenge yourself to attack songs from all angles. It’s good to be able to start some songs from lyrics; it’s good to start other songs with a melody; it’s good to start still other songs with a guitar riff. If you always start with the same approach, you tend to write a certain kind of song. If you change it up, you’re more likely to come up with different structures.”

The stomping blues-rock number “Patty Don’t You Put Me Down” is as close as Thompson gets to a Rolling Stones tune – though the guitar solo still sounds more like a fiddle than a harmonica. The narrator accuses the woman in bed with him of unfairly calling him “cruel,” but his nasty tone seems to justify the woman’s adjective. Are we supposed to believe the narrator’s side of the story or doubt it? Thompson doesn’t care, as long as the dialogue sheds new light on such arguments in beds the world over.

“It should not matter to the listener if the narrator is the songwriter or not,” Thompson argues. “I know people have a curiosity; I have it myself. But the listeners should draw their own conclusions. If the song is skillfully presented through the eyes of whoever, the listener will figure out the narrator’s moral standpoint, the songwriter’s moral standpoint, and what difference there might be between the two. It shouldn’t matter if the song is based on an actual incident or not. Sometimes it’s pure fiction; you sit and just start writing.”

Two of the new album’s songs attempt to solve the vexing problem of how to write about political issues without talking in such broad, sweeping terms that the whole thing becomes numbingly boring. One solution is to find – or create – small-scale incidents that frame those issues as personal dramas. Thompson’s new songs are both based on actual incidents – confronting a financial manager who ripped him off or coming face-to-face at a party with a notorious guerilla warrior – but he skillfully invests them with the echo of financial larceny and political violence everywhere.

“Long John Silver” is a pirate’s song, a kind of sea-shanty-rock, but there’s a venomous bite in Thompson’s guitar and in lyrics like these: “Long John Silver, he’s good with numbers/ He makes hay while other folks slumber/ Gives me the brass, and he keeps all the best, the better to feather his pretty little nest.” “Dungeon Eyes” is a brooding, folk-rock meditation on “The man with the blood on his hands/ The man with the snakes in his shoes.” 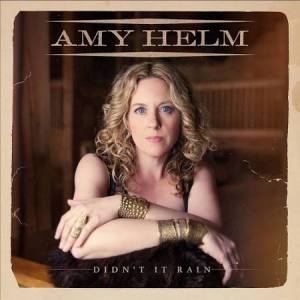 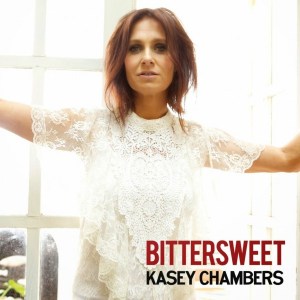