Ricky Reed is walking with his boys, and he seems happy.

Three years ago, the in-demand pop producer/songwriter eyed his debut album, led with singles “Express Myself,” “Be the 1,” and “Joan of Arc.” He conveyed great delight at such prospects, but life had other ideas for him. His first child arrived in March 2017, and any plans to record and release solo music were pushed to the backburner. And he was quite OK with that.

“I just didn’t know the degree to which my life was about to change. I didn’t really get it,” he tells American Songwriter over a recent phone call. “I’d heard this once before ─ and I’m going to totally botch this ─ but the origin of the word ‘priority’ comes from Latin and exists only as a singular form. You can have a priority. I learned it that spring, and it has continued to be almost a spiritual practice for me since then, of constantly reminding myself that my family unit is my priority. Everything else comes after that.”

Reed continued adding notches to his producer’s belt, working with the likes of Lizzo, Twenty One Pilots, and Halsey, among countless others, and a solo album rarely crossed his mind again. “There were times I had thought about an album, when I’d been working on a project with another songwriter and dear friend, sort of a duo, for years. I thought about that and then all the songs I had saved up,” he recalls. “Laura my wife would always say to me, ‘You’re going to know when the time is right, and it’s not even going to be a choice. It’s going to be something you have to do.’”

“I had never really understood that until the time did come. She was right. Puting it out now is something I have to do,” he says, “and I had to make it to preserve my mental health and actually be the person I need to be to care for my family. I needed to be making art.”

His weekly Nice Live series, launched at the start of the ongoing global pandemic, would unexpectedly reignite his own creative fire. A renewed energy and inspirational core soon coursed through him. During Nice Live 10, a stream featuring St. Panther and Terrace Martin, something clicked. “That was the night where ‘Real Magic’ dropped down from somewhere else. I had a great keyboard part from Terrace, and I had him send me some pre-productions ─ chords, beats, whatever ─ and he sent me that part.”

Reed immediately forwarded the keyboard section over to singer/musician St. Panther, instructing her to lay down some vocals, if she had the time. “I didn’t even listen to it before we were live. I cried in front of everybody watching me,” he says. “I had had a rough day.”

That was late April, and “Real Magic,” among the album’s moodier pieces, cracked something open inside of him. “It felt cathartic and ultimately very therapeutic. I knew in that moment I had to put it out and share the feeling with other people,” offers Reed, whose lush soundscape pierces the heart. “You don’t have to be strong all the time. You can let your guard down. You can hold safe for yourself, and whenever you feel rested or rejuvenated, you can also make space for hope.”

The Room was soon born.

Awash in a socio-political context, the 10-track record travels from the forlorn “Shipwreck” (on which rapper Michael Sneed confides, “I ain’t too man enough to admit / That I’m not brave”) to the silky “Better” (featuring Leon Bridges and Kiana Ledé), a navigation through current world matters and Reed’s own battle with mental health. “My journey has been pretty similar to a lot of other people,” he says. “We saw the world slowly dissolving before our eyes, like a polaroid developing in reverse. The structures, routines, and things we count on, both practical and communal, all of it was slipping away. It’s terrifying to go through something that our parents and most grandparents have never even been through.”

“Also, to have this moment of social progress in the U.S., which is so important and beautiful, is also demanding of the energy of the people trying to keep the flame lit and working towards a better society. You put all that together, and the immense amount of energy and emotion is a roller coaster ride. It’s draining,” he continues.

As heavy as the record reads, The Room laces up with enough hope and light to be a guiding hand amidst uncertain and heated times. “What I wanted to do with this album was to try to share little moments of light I was having here and there. I’ll say I do feel very privileged and grateful to have any moments of light throughout this. I’m privileged not to have experienced systemic racism.”

Nice Live soon became a necessary salve, bringing together an “amazing and diverse community of people to reflect and commiserate and not conjure up further terror,” he observes, “but rather create some antidote to the pandemic through community and humor, even.”

In a similar vein as Taylor Swift’s folklore, The Room was born and bred out of this very moment in time, and such artful statements may not have happened otherwise. “The purpose of the artist has always been to reflect the times and tell truths as they see it, speaking truth to power. In this moment, when we don’t know which politicians we can trust, if any, and truth and facts have become so slippery, it’s really valuable for artists to step up and say, ‘This is what’s happening. Let’s come together and energize and then come back stronger in the fight for social justice.’ Artists are needed so much right now.”

Whether it is simply as an escape or a mirror image of dark reality, art in all its forms encapsulates society’s social, cultural, and political temperature. “No Future,” starring an artist dubbed GODFATHER666, sinks into current cell phone and social media addictions. “I think I might break any moment,” the singer/songwriter cries, later probing, “Are you lonely like me?”

It’s an existential question, one which punctuates what it means to be a human being in the digital age. “The things in our hands… I know now when I reach for my phone, it feels a little bit like I’m reaching for a bottle or something that I know is not good for me. There was a point with social media that I couldn’t wrap my head around what it means for me. Now, I understand that social media, the news, all of it… is bad for me, personally. I’m still gonna call it now that in 10, 20, or 30 years they’re going to look back on this the way people look back on smoking cigarettes in the ‘60s. They’re gonna say, ‘Can you believe we let minors use social media and let these algorithms into our lives?’”

Later, with closer “No Stone,” a collaboration starring Ayoni and David Longstreth of Dirty Projectors, rings loudly with this earth-shattering line: “Where’s the only world I know / Could it be better than before.” Over organic-stretched guitar, the lyrics of great longing and desperation tap into our collective desires for normalcy and a much more emphatic, compassionate society.

Such is The Room’s moving emotional arc. Elsewhere, vocalist Malaya remarks on discarding toxic relationships on “In a New Place”; soul singer duendita and Jim James of My Morning Jacket croon on the heart-torn “Us (How Sweet It Was)”; and pop upstart John-Robert teams with Alessia Cara on the trickling swooner “Fav Boy” ─ one of the most unlikely combinations.

“As someone who is not really interested in hearing someone play an acoustic guitar and sing their songs, when I heard John-Robert do exactly that, I immediately realized I was in the room with one of this generation’s great artists,” Reed recalls of first seeing John-Robert, now signed to his label, play two to three years ago. “I didn’t tell him that,” he quickly laughs.

Across the board, The Room bears a refreshing communal element, underscoring the importance of collaboration in art. “I spent most of this album doing an exaggerated version of what a great record producer does, which is gather great people. In the middle of a pandemic, when all I want to do is be with my friends, this act of connecting really became the most important part of making this album,” explains Reed. “One of the ways I went about this was I realized everybody’s at home and I wondered what my musical heroes were up to.”

“Connecting these people has been the greatest joy of making this album,” he adds. 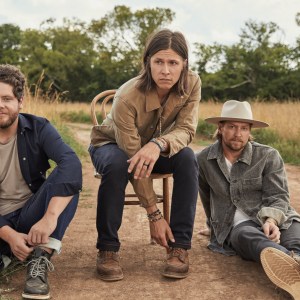 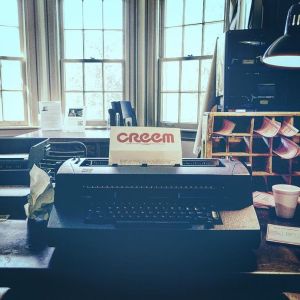