Contemporary group NEEDTOBREATHE have become quite familiar with hardship and have been forced to deal with, perhaps, more than their fair share of scuffs over their career. This year the band entered a new phase as a trio, something the guys are finding inspiration in while overcoming the tough times of the present.

On Out of Body, the platinum-certified trio—Bear Rinehart [vocals, guitar], Seth Bolt [bass, vocals], and Josh Lovelace [keys, vocals]— examine life, family, and friends through a youthful prism. The guys take stock of not only two decades as a band, but also first-time fatherhood and the future over a rich soundtrack of soulful rock with stadium-size scope and poetic intimacy. After spending a week at a beach house in Charleston to gather thoughts and ideas, the trio headed to Nashville, to record alongside producers Cason Cooley and Jeremy Lutito. As they cultivated a team atmosphere, the songs organically came to life.

With its release NTB frontman Bear Rinehart detailed what went into the album for readers of American Songwriter.

“Mercy’s Shore”
I wrote this with our good friend and guitar collaborator Tyler Burkum. We tried to encompass the struggle we always find ourselves in.  We are constantly fighting for control that is not ours to have.  The metaphor of the child asleep In the car is my favorite moment on the record. The trust and vulnerability of that moment is where I want to end up. The idea of the mercy shore is about giving way to a power that is much stronger and Important than us. Despite our struggles, we’re all eventually faced with the same understanding that we can’t do it alone.

“Alive”
I love the feeling of running down hill. There is a sort of fear interacting with excitement that forces us to react and not just plan. We are both falling and chasing at once. This song has been around for the longest of any of them, and I’m thankful we finally got it right.

“Hang On”
Innocence is something that is hard to recapture after its gone. It’s like falling in love for the first time with no preconceived thoughts or experiences to base your feelings off of. It feels like nothing else matters and anything is possible. As we grow older, we lose that little by little. This song is a plea to hang on to that feeling of being a fool, releasing control of our inhibitions to find freedom and childlike wonder again.

“Survival (feat. Drew & Ellie Holcomb)”
We live in crazy times. There are so many things trying to keep us down and attack us from all sides. This is a song about being desperate for saving but also confident that rescue is on the way. It also features some of our best friends, Drew & Ellie Holcomb,” who blow the roof off. It’s a gospel-infused rocker and one of our favorites to play.

“Child Again”
This might be my favorite song on the record. It’s about the story that we all have in common. We grow up and learn to adapt and survive. That part of life is critical, but the tools and armor we build up during that time can also have a negative effect. Sometimes they keep us from being vulnerable and open to receiving love from the people all around us. I think there’s a massive difference in being child-like and childish. I want to be fully engulfed by the wonderment we find in the smallest of things.

“Out of Body”
This record is about being who we were made to be. I don’t think we were made to be individuals apart from each other and we’re certainly not the sum of our skin and bones. Our experiences inform us, but only define us if we let them.

“Who Am I”
Sometimes when we look in the mirror, we can have a hard time feeling worthy of love. It might be because of our past mistakes, insecurities, or just the voices in our head that try and tell us we aren’t good enough. This song is about being cherished and accepted even through all of that noise. Even when we are at our worst, we are loved for who we are, scars and all.

“Banks”
“Banks” is a song dedicated to our spouses who have supported us from Day One. It is a promise and a reminder that whether we are near or miles apart, our love for them grows and strengthens with every day.

“Riding High”
This is the band getting back to our roots. We’ve always been influenced by Southern rock ’n’ roll and this is our attempt at doing our part to keep it alive. Raise up your lighters y’all.

“Bottom of a Heartbreak”
When we go though hard times, it can be hard to know where to go or who to turn to. It can be confusing and sometimes we think we can take on our problems alone. When we are broken and at our lowest, we need help to get up the hill when we can’t make it on our own. This song is about leaning on the people around that love us to help us make it through the wilderness.

“Seasons”
This is one of the first songs we had written for this record. We go through so many ups and downs in life and sometimes you just need to know that the people around you are in it for the long haul. With everything going on in the world as we release these songs, it feels like the appropriate way to end the record. We’re all in this together.

Out of Body, via Elektra Records/Centricity Music, is available physically and digitally starting today HERE. Limited edition merch bundles and experiences can be purchased exclusively through NEEDTOBREATHE’s online store HERE. 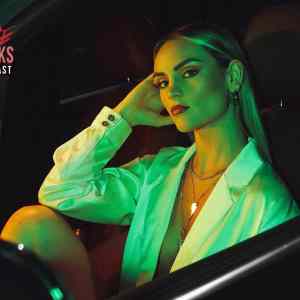 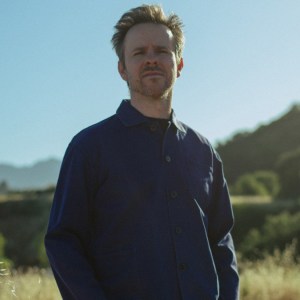