One of the most popular songs of the past year is the indie folk tune “Riptide,” a global hit performed by Australian singer-songwriter James Keogh, who is better known by his alias, Vance Joy. Here, Keogh discusses Riptide’s meaning line by line, touches on his exploding fame (including being recently covered by Taylor Swift), and why epiphanies while writing songs are better than any success he’s had thus far.

Thanks for talking to me, man. First off, what should I call you? Vance? James? Mr. Keogh?

I usually introduce myself to people as James, unless they’re like, “Hey, Vance.” Then I’m like, “Hey, what’s up?”

So when you go back home, do you say to your friends, “Hey, listen… call me VANCE.”

[Laughs] No, I’d get a few raised eyebrows if I did that.

When did you start going by Vance Joy? It’s a catchy name.

Probably in 2012. I was playing a few small gigs at a cafe on Sunday afternoons and I started using that alias because I picked it out of a book I was reading at the time. I liked the sound of the words and I thought it was quite a memorable name, and it stuck.

What book was it?

Well, congratulations on your success. “Riptide” is an amazing song; the heights that it’s risen to are just incredible. What’s the origin of the song? Where did it all begin?

The song started in 2008. One day I just picked up the guitar and started playing the chords for the verse. I had the first two lines but really didn’t think much about it. I kind of shelved them. At that point I only uncovered a small portion of the song, so it wasn’t clear to me where it was going to go. Four years later in 2012, I was living with a friend and I would spend a lot of the afternoons writing while he went to work. One day, I tried working on it, then stepped away we went to the shops to buy some stuff for dinner, and when I came back I started playing this melody on the ukulele. That melody wound up becoming the instrumental bridge, and that led me to write the melody for the chorus. Once I had that charted out, the words came easily, kind of like a stream of consciousness. All the words I needed were at my fingertips, and from that point I put the song together in a couple of days.

Vance Joy:
Dream Your Life Away
Buy from Amazon

I have the lyrics in front of me, so let’s talk about the words. The first lines of the song are, “I was scared of dentists and the dark/ I was scared of pretty girls and starting conversations.” Does that come from your own life?

That’s all pretty biographical. When writing, you just spurt things out without being too conscious of it. “Dentists in the dark” sounded right, especially because of the alliteration. Plus, it’s also true in my childhood as well. The “pretty girls” line is me for sure, I was a shy kid.

I think at first you write these words without really thinking if they make sense or not. In my mind it’s the ocean, but my whole awareness of that word existing is staying at a motel called Riptide.  That’s why it was in my head since it’s not the most commonly used expression. And for that reason, the word has a special significance and a special memory for me.

The funny thing is that I was talking to a lifeguard about the word “riptide” not long ago, and he was saying that the word in itself is a misnomer. The phenomena that the word is referring to is “rip current,” but I guess that doesn’t have the same ring to it.

Totally. It doesn’t rhyme either. In Australia we refer to it as a “rip,” because a rip is the undercurrent that could drag you out into the ocean and it’s dangerous. So you’d say, “Be careful of the rip.” But a lot of pop music is like that; it’s not about making sense it’s about the sounds of the word with the melody and getting that balance right.

The first line in the second verse is, “There’s this movie that I think you like/ This guy decides to quit his job and heads to New York City/ This cowboy’s running from himself.” Are you referring to an actual movie?

Yeah, the movie is Midnight Cowboy. I must have watched that film two or three years before I wrote that lyric and don’t even know how that came into my head. It’s cool how a song could put you in a mindset and you kind of just follow the clues to a sentence. It’s really interesting from my perspective as a songwriter to think where lines like that came from, and why they come out so easily sometimes.

I love the line, “I swear she’s destined for the screen/ Closest thing to Michelle Pfeiffer that you’ve ever seen.” She hasn’t really been around in a little bit; are you just a fan of hers?

I’m a massive fan. I love her and I love her films. When I was a kid I watched Batman Returns a lot; I thought she was an amazing Catwoman. She’s also in a film called The Fabulous Baker Boys that I like. I think that line comes from her being the epitome of a sexy woman. That’s what was I aiming for. In the 90s she was a massive deal, but I guess it takes a bit of time for the mythology of a person to take shape.

When did you realize “Riptide” was going to take on a life of it’s own? Was this back in Australia?

Well, I put it on my personal SoundCloud in 2012 and it had a few thousand listens within a very small of group of people. My first show was that in October of that year and when I played it, people were singing along word for word and it was only a room of like 180 people. If it was that infectious, I knew that there was something special about it. After that first gig, I just thought of it as part of a group of songs I was really proud of.

The chart success of “Riptide” is astonishing, but you know you’ve truly arrived when Taylor Swift covers it as she recently did for the BBC. That must be pretty weird.

Yeah, I really loved her cover. It was clear to me that she was enjoying herself. She pulled a lot of emotion out of the song. Of course she’s a huge star, but it seemed like a very personal and intimate performance. I like hearing the song in that way,  it’s cool to hear it as a slow ballad. She’s super talented, so can she do so many different things.

If I know how Taylor Swift works, maybe she’s trying to finagle a relationship out of it. Has she called you up?

[Laughs] Haven’t got that call yet! When I first heard it, my manager showed it to me. She was covering the screen so I couldn’t who was singing, and I was like, “This sounds really good! Who is this?” And she pulled her hand away and I saw it was Taylor. It was exciting; my team is especially excited about having this new audience “Riptide.” It reached a lot of different new people by her covering it.

So the song and you as an artist have risen to amazing heights, so I’m wondering what the coolest part of it has been so far?

I get the most joy out of songwriting and those unexpected moments when you’re recording a song and you make it better, or when you’re playing live and do something without thinking about what you’re doing. So those moments are less specific in terms of some exact thing happening, but that feeling and sensation I think is the best. In terms of exact moments, it’d have to be playing big festivals like Glastobury or Lollapaloza, or playing (on the BBC show) Later… with Jools Holland. Those kind of things are milestones.

What about meeting people you admire?

Well, I get really shy around people I admire. When you admire someone’s work, you create an idea of who they are before you even meet them. But I haven’t really had that chance; there are a lot of people I’d like to meet. When I do, I hope I’m normal and chill and don’t embarrass myself.

Along with “Riptide,” all of the songs your album, Dream Your Life Away, are awesome. I also especially love “Mess is Mine.” Tell me about putting together the album.

Well, the album is made up of songs written between the start of 2012 to the start of 2014. It pretty much comprises all the best songwriting I got out of myself during that time.

Thanks so much for talking to me man! This was fun.

Yeah, this was a very chilled-out chat. It’s nice to talk and feel so relaxed. Cheers!

Cheers, man. Thanks again. I’ll meet you at the rip. 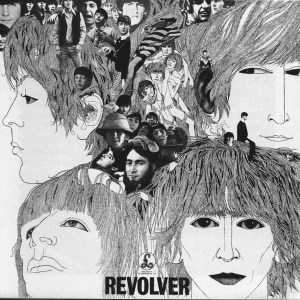 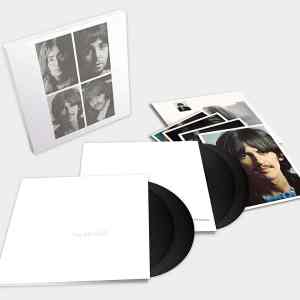