Robbie Bachman, drummer for Canadian rock band Bachman-Turner Overdrive (BTO), has died at the age of 69.

The news was announced on Friday (Jan. 13) by Bachman’s brother and bandmate, Randy Bachman, via Twitter.

“Another sad departure,” Randy writes alongside a lively photo of the band performing onstage. “The pounding beat behind BTO, my little brother Robbie has joined Mum, Dad & brother Gary on the other side. Maybe Jeff Beck needs a drummer!” he continues, referencing Beck, former guitarist for the Yardbirds who passed away on Wednesday (Jan. 11).

“He was an integral cog in our rock ‘n’ roll machine and we rocked the world together.”

A cause of death has not been released at the time this article was published.

Bachman was born on February 18, 1953, in Winnipeg, Canada. He was most known for being the drummer for Bachman-Turner Overdrive, which he co-founded with brothers Ray and Tim Bachman, along with guitar and singer/songwriter Fred Turner. Prior to BTO, he joined brother Randy, who was also co-founder of the Guess Who, when he started the country rock band Brave Belt at the age of 18 after Randy departed the Guess Who.

After growing in popularity in their native Canada, Brave Belt later became Bachman-Turner Overdrive, which saw the bulk of their success in the 1970s, releasing a total of 10 studio albums and a series of live and compilation albums throughout their career. Their 1973 album, Bachman–Turner Overdrive II, reached No. 4 on the Billboard 200 and features “Takin’ Care of Business” and “Let it Ride.” They hit their stride in the U.S. with, Not Fragile, which is their only album to hit No. 1 on the Billboard 200. “Takin’ Care of Business,” “You Ain’t Seen Nothing Yet” and “Roll on Down Highway” are among the group’s biggest hits.

After seeing a change in band members over the decades, frontman Randy departed the group following the release of Freeways in 1977. The band went on a hiatus in 1980 and reunited in 1983. Robbie was not a part of the BTO’s self-titled 1984 album, as he and Randy had disagreed on issues of business. Robbie sued his brother when they began using the name BTO again, along with the trademark that was sold to Robbie and his former bandmate Blair Thornton, the two ultimately winning the lawsuit. Robbie later rejoined the band from 1988 to 1991 and performed with them again in 2004 before entering semi-retirement.

“I don’t think anybody really thinks how long they will be doing things or any job,” Robbie recalled in a 2004 interview with Know Name Records about BTO’s longevity. “You have a few years in mind but you never know really.  If any one told me in 1974 when BTO was the top band, ‘Hey when you are 50, I will bring my kids to see you play New Years 2003 in, Tempe, AZ,’ I  probably would have looked at them, “LIKE YOU ARE CRAZY!”

In 2014, BTO was inducted into the Canadian Music Hall of Fame. “We didn’t tell anybody they were wrong or anything was bad or don’t do this,” Robbie told the Toronto Star at the time about BTO’s success. “It was basically, have a good time, fun music. Just coming out of the ’70s with the Vietnam War and all the political things going on — in Canada with Trudeau, and Richard Nixon and stuff like that — we just basically had enough of that stuff.”

Robbie is survived by his wife Chrissy. 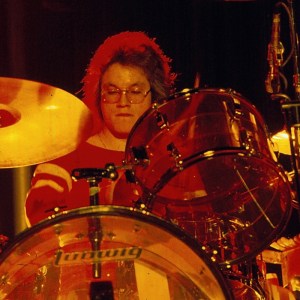