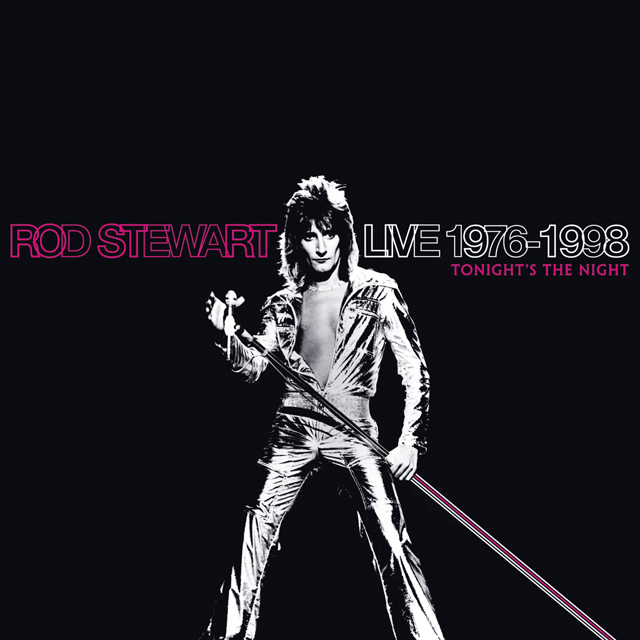 Fans of the rollicking, free-for-all Faces have rightfully been peeved after Rod Stewart disbanded that group to shift to a full time solo career in 1976, the year this four-disc set of previously unreleased live shows starts. Leaving the rough and tumble roots rock of his first four solo albums, Stewart quickly became a pop star, flaunting his flamboyance but saddling his studio recordings with slick, disco-fied production and often sappy, underwhelming material that was a far cry from his tougher earlier work. From 2002 on he focused on shiny, mannered interpretations of tunes from the Great American Songbook, along with formulaic rock and soul covers attracting a middle aged audience likely unfamiliar with his scrappy roots.

All this is to say that the predominantly inspired performances on this 58-track set may help Rod regain some of the lost luster from these years. It’s surely not all top notch, especially on disc three with 1989 versions of “Forever Young,” “Crazy About Her” and the execrable “Do You Think I’m Sexy?” where the synths and general schlocky-ness is a near guaranteed fast forward button-pusher. But even here, Stewart turns in credible takes on Otis Redding’s “Try a Little Tenderness” and reaches back to his Jeff Beck Group years with a surprisingly frisky “I Ain’t Superstitious.” These renderings stay plugged in, perhaps since Stewart’s popular ‘93 Unplugged disc covered that side of his work particularly well. Stewart is never less than committed throughout, even on the weaker material, something those who have seen him live can attest to.

And, when he sinks that gravelly voice into the blues or soul standards that initially inspired him such as “Having a Party,” “People Get Ready,” “This Old Heart of Mine,” BB King’s “Rock Me Baby,” the Motown classic “(I Know) I’m Losing You” among others, you can nearly forgive his wandering into the watered down pop landscape. Even the live versions of that subpar material are redeemed, somewhat, on stage where a more direct attack adds much needed rough edges. These tapes don’t seem overdubbed as many live shows are when they finally make it to disc, especially since Stewart misses plenty of notes. Unfortunately, the sing-alongs that help the audience get involved quickly become tiresome over these four discs’ five hour playing time. The packaging also comes up short with a stripped down eight-page book that includes musician and concert information, but no pics or liner notes. It looks like a rush job.

Thankfully this captures Rod before the American Songbook material. And even if the set lists seem calculated to include just enough old stuff to attract the audience he generally abandoned during these years, there is abundant vitality and passion in these amped up tracks to placate all but the most stubborn followers of Stewart’s ’60s and early ’70s heyday. 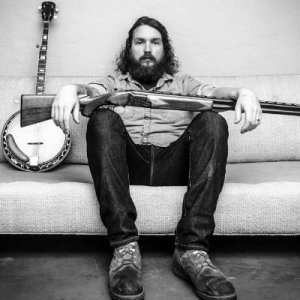 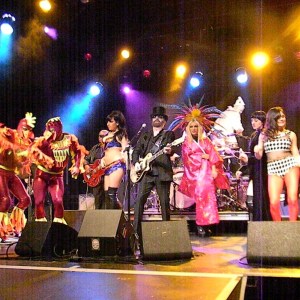