Keb’Mo’, born Kevin Moore, has three Grammys for best Contemporary Blues Album, and his latest record, BluesAmericana, earned Grammy nominations for American roots performance, Americana album and engineering. Before discovering the blues, he played trumpet in a calypso band, performed with Papa John Creach and wrote disco songs for a record label. It took a while, he says, to find himself.

In your liner notes, you mention that when you heard Sam Chatmon do Jimmy Rogers’ “That’s Alright,” you thought, “So this is the real blues.” Was he a role model?

By the time I got to blues, I’d listened to a couple of blues songwriters, but I was listening to the vibe; I didn’t know who wrote the songs. In terms of songwriting, I had been listening to James Taylor, Smokey Robinson, Barry Mann, Cynthia Weil.

Were you looking for examples of how to craft a song?

No. I like great lyrics. The best lyrics were coming out of Motown and the R&B world and Thom Bell and Linda Creed at Philly Sounds. In folk, it was Bob Dylan, and in pop, Taylor, Paul Simon, Jackson Browne, John Prine, Alan and Marilyn Bergman, Carole King, Leiber and Stoller. And in the blues world, Willie Dixon. In every genre, there’s a lyricist that really defined it. And I listened to enjoy; I did not listen to try to tear things apart. When I started tearing apart lyrics, it was country lyrics. They were kicking everybody’s ass, except for Dylan and Prine [laughs].

Who were you listening to?

George Jones. But I didn’t know the writers; I was listening to the song. Who wrote ‘em didn’t matter as much as listening to songs that moved me. Smokey Robinson’s “Second That Emotion.” “Maggie’s Farm,” my favorite Dylan song. That’s a black man’s song, you know [laughs].

My aim was to make the blues more accessible, and I didn’t want to be whining all the time. The main complaint with blues is that it’s “too depressing,” so I listened to songs that weren’t depressing, but were funny or happy.

Probably my biggest role model for blues songwriting would be Robert Johnson. What he did was stripped down, just songs. It represents a little time capsule of what the blues was about then. He captured something that became the quintessential piece for everyone to reflect on, and probably always will be.

Within the blues, it’s easy to get pigeonholed into a mindset of lack; of, “Things aren’t that nice, things are raggedy.” When I think about the blues, I’m thinking about Bobby ‘Blue’ Bland with a great suit on and B.B. King dressed up. In the ’70s, Taj Mahal, with his big hat, flamboyant, living the life.

I read a lot of spirituality books. I’m into Deepak Chopra and Oprah. It makes your life better. I’m into consciousness. I’m not into the blues, like, “Aww, I ain’t got no money.” I like, “My baby wants to go to France, so let’s figure it out.”

I want to bring something positive to the table, and blues is the way I get the privilege to do that. I use that medium to promote what I think is a higher consciousness, or ideas that bring forth peace.

At one time, the question was, “Who’s gonna carry the mantle of the blues? Shouldn’t it be a black person?”And the answer seemed to be, “Does it matter, as long as they’ve got the goods? But it’s nice to have somebody of color in the mix.”

It’s very important for African-American culture that there be an African-American to continue this. For the world, I don’t think it’s so important. But within the community, it’s important that we cherish this and hold onto it; that there’s somebody to look at that is carrying on or honoring that tradition. You can’t go, “Where is he?” They just show up, like Gary Clark Jr. and Christone ‘Kingfish’ Ingram. But when they do, you should nurture that, and be proud of it. Blues outside of the African-American community should be cherished, too. Because that’s such a compliment.

Does somebody like Gary bear an extra burden? When you showed up, people said, “He’s the one! He gets to carry the mantle.”

Nobody wants to carry that mantle around.

To me, music is a vehicle. It’s a communication device – a powerful device – and it should be used with great discretion and great care and intention. If you get a chance to be heard, I’d like to know that there’s something in your songs that is nourishing, that gives people joy and understanding. 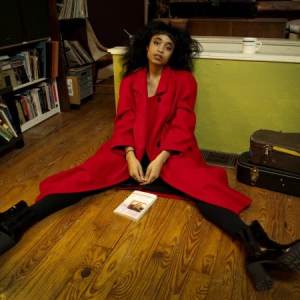 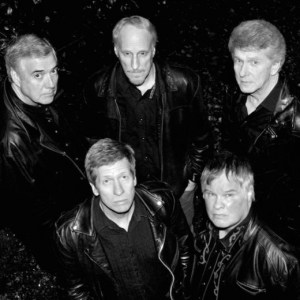