If you’re looking to run into Adia Victoria somewhere in Nashville, you won’t have much luck scouring the hip new spots sprouting up around town, with their reclaimed barnwood walls and fancy drinks served in retro-reprint mason jars. Instead, you’ll likely find her hidden away in the Downtown Public Library. There, she’ll scour the stacks, sometimes looking for something, sometimes searching for a favorite Sylvia Plath collection, sometimes just hiding away behind the dusty old spines.

“I’m all about words right now,” she says, sipping a bottle of water at a table in a café adjacent to the main entrance. Her hair, freshly dyed, is electric-red, a sharp contrast to the crisp white of her button-up shirt. She says she’s really into Samuel Beckett right now. “I’ve had to reach for the dictionary a few times. He shows me different ways to use words, and I like it.”

Victoria loves poetry – she writes it often – but she’s becoming most known for her music (which, for her, is really just a sonnet with a soundtrack). She snuck on the scene not with a whimper, but a bang: her song “Stuck In The South” struck a chord in its raw, stark delivery and lyrics that don’t fetishize life below the Mason Dixon in the same way as our current Americana-obsessed culture. Plucking a banjo may be de rigueur, but this is about the realities of existence in her corner of a country where music is survival, delivered with a snarl from a girl who didn’t grow up feeling like she belonged and often felt plagued by her own beauty.

“The burden of beautify,” she says, her eyes widening. “People think that because you are attractive, you owe the world something, to let them consume you. I’ve gotten that my whole life – ‘you’re such a pretty girl, why don’t you dress nicer, comb your hair?’”

Born in South Carolina and now living in Nashville, Victoria doesn’t concern herself with such things – she doesn’t “pretty up” her songs, and asks her musicians to do the same. A big inspiration has been artists like Fiona Apple, those who found themselves in similar boxes that perplex the white male norm: beautiful, talented and purposefully reckless with whatever societal constraints are usually placed on women who might make everyone more comfortable in stilettos.

But as her music started to circulate the internet, one narrative began to shape: critics finding “novelty” in the fact that she’s a black woman playing guitar, or a beautiful person playing music inspired by dirty blues. She’s fought back by being vocal from the get-go. Victoria’s not going to let a narrative drive her life – her fiction, sure, but certainly not her life.

“What people don’t realize when they fetishize black women is that they put the white man as the standard,” she says. “Why don’t you ask yourself, ‘Why do you think it’s so strange, a black woman playing guitar?’”

Victoria picked up the instrument after falling in love with the blues in a reverse sort of way – at age 20, she started listening to the Black Keys, and dug back to their inspirations: R.L. Burnside, Victoria Spivey. It was those artists that really unfolded a world of truth where pretty didn’t matter and people spoke her language. Finally.

“I don’t want to sound disrespectful or anything,” she says, “but I am wary about the blues being relegated to white men singing it. I love the Black Keys and I love the White Stripes but I felt so much more grateful listening to Skip James – there’s a subversiveness there that’s missing from modern manifestations of the blues.”

For her debut LP, produced by Roger Moutenot (Sleater-Kinney, Yo La Tengo), there’s certainly a subversiveness cooking, a sound driven both by the blues and punk and Victoria’s ability to wipe away anything that could get in the way of her art – shrugging away the narrative, shrugging away the critics who marvel at female fingernails on the neck of the guitar. And putting it all into song.

“The thread, thematically, is my social phobias,” she says, “and the way my mind was socialized to see the world from a place of fear. I’ve had all this shit build up and I don’t want to feel that way anymore. It’s like a eulogy for these phobias.” She’s already “mapped out the manifesto,” of the 10 songs, some of which “are jazz, some are hip hop, some are straight-up rock and roll.” And, of course, there’s plenty of roughed-up blues in there too, sung in the way it should be – dirty and real as hell, with no trepidation.

“I just wanted to give myself a place at the table to be heard,” she says before disappearing back into the library walls. “And that’s the ultimate power.” 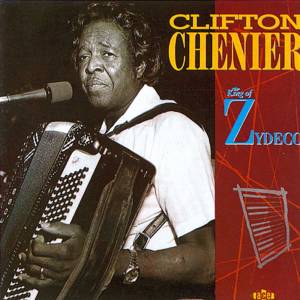 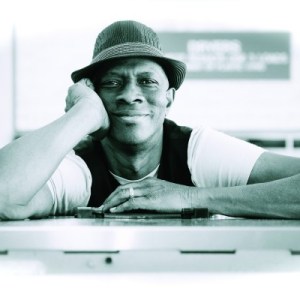