Classic songs from a classic era sung by one of rock and rolls’ most classic voices … what could go wrong? Unfortunately plenty.

It’s telling that this well-intentioned album of mid-60s UK hits from ex-Ronette Ronnie Spector is undone by its production and arrangements, both of which were what catapulted her to fame back when her ex-husband Phil was behind the controls. Interestingly, the short, (11 track, 32 minute) disc’s most successful moments come when the accompaniment is stripped down as on her version of Gerry & the Pacemakers’ “Don’t Let the Sun Catch You Crying” and the Beatles’ acoustic guitar take on “I’ll Follow the Sun.” But Spector’s forte is belting out her house shaking vocals over thunderous music, so this ballad heavy collection feels like trying to pound a square peg of a voice into a round hole of material.

Backing that is substantially too slick is probably meant to bring a contemporary sheen to the drum machine ladled “You’ve Got Your Troubles” but only hamstrings it with a dated style. Elsewhere an overly loud rhythm section and cheesy backing vocals sink the Dave Clark 5’s lovely ballad “Because,” a song so melodically enticing it’s hard to totally ruin. And a sped up Motown arrangement of the Animals’ version of “Don’t Let Me Be Misunderstood” is completely clumsy for both Spector’s voice and the brooding, self-reflective lyrics Eric Burdon so perfectly spit out on the British hit version. The Kinks’ “Tired of Waiting,” is slowed down to a plodding mess that shows a lack of subtlety both musically and vocally that’s characteristic of most of this album.

Running down the Stones’ rare non-hit “I’d Much Rather Be With the Boys,” an unusual Keith Richards/Andrew Loog Oldham co-write that is changed to “… Girls” here, is arguably the set’s most impressive and frisky track since it’s one of the few where everyone involved doesn’t seem to be trying so hard.  A sparse reading of the Bee Gees’ “How Can You Mend a Broken Heart” with piano and organ closes the disc in a moderately enjoyable fashion.

But the lack of the Spector-ish sound, while understandable — Ronnie’s marriage to Phil was legendarily troubled — along with material that is far more powerful and enjoyable in its original form, makes this an experiment that fails on most levels, in particular from Scott Jacoby’s ill-fitting production and sonic approach.

Back to mono, indeed. 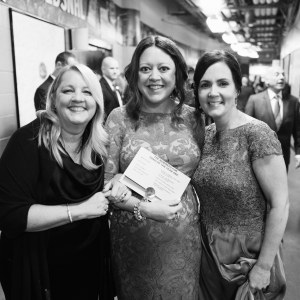 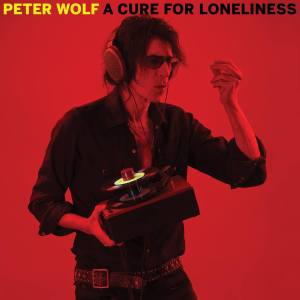