After years of writing hits for other artists in Nashville, Ryan Hurd will officially take the stand as a solo artist upon the release of his debut full-length on October 15. For much of the creation process, the songs sat in a file labeled Ryan Hurd 1 for Sony Music Nashville.

Seeking a suitable “stamp” for his introductory project, Hurd finally derived the title from track two, “Coast.” While writing the song, he wasn’t sure where it came from. Wondering whether he had made it up, he took a deep dive into online dictionaries where he discovered that Pelago was a perfect summation of his 14-song collection.

“I like it because you have to ask about it,” Hurd tells American Songwriter. “When people hear the title, the back of their mind flashes to water — just from grade school, geography class learning about the archipelago.”

He only ran the idea by three critical collaborators. First was his producer Aaron Eshuis who Hurd says “worked harder on this album than I did.” The two grew up together on the shores of Lake Michigan, and their shared childhood translates well into their studio simpatico. Understanding the roots of the word, Eshuis “loved it.” His manager, Janet gave her nod of approval next. And of course, the final test was running it by his wife, Maren Morris.

“I was like, ‘Is this dumb?’ And she said, ‘No, I think I think it’s really cool to have an out there title’,” Hurd recalls. “So there was a lot that went into it. And so far, I’ve had no pushback, or anyone telling me I’m stupid for it, so that’s a relief.”

The Italian word — derived from Latin — means “open sea,” or “overwhelming passion.” The nautical connotation threads throughout the album with summer songs like “June, July, August” and water-centric tracks like “Hell Is An Island.”  But there is also a relationship arc chronicled throughout the album that leans further into the secondary definition of the title.

“The record starts out unabashedly positive, like the beginning of something, and it moves throughout what feels like an entire relationship from the beginning to the end,” he explains. “It’s almost like a grief process if you listen to it sequentially.”

Unlike most starry-eyed Music City transplants that arrive daily, Hurd did not have plans to be a superstar. He came into the music world as a songsmith for other artists. And while manning that post, he developed an undeniable strength as a storyteller. Flipping the lens to finally tell his own has not been an easy transition. “I’m still very uncomfortable with the public-facing part of this,” he admits. “But musically, I really have grown into an artist that can hold their own.”

He admits that this confidence was not in place even two years ago, upon the release of his 2019 EP, Platonic — which featured album tracks “Platonic” and the Platinum-certified “To a T.”

The most difficult part of his career transition is in the semantics of artistry. “You show up 11:00 am to 5:00 pm or whenever the hell you want, and you sit there and you write until it’s over. And then you close it up, turn it in, and come back the next day and do the exact same thing — it’s always creative,” he explains.

“But when you’re an artist, like 90 percent of this shit is not creative in any way. It’s what I’m doing now, interviews,” he continues. “Even your live show — it’s fun, but it’s not creative, you sort of go into autopilot because the set is nearly the same every night. There’s so much planning that goes into it, that there’s not a whole lot of creating happening. So getting to have both of those things is really special.”

It is no surprise that Hurd describes Pelago as a “song forward album.” As an acclaimed songwriter with several Platinum and No.1 hits under his belt for Luke Bryan, Lady A, Tim McGraw, and others, the artist has a keen understanding of the anatomical structure of a song. Though guided by a titular motif, Pelago is by no means a concept album. “The thing that ties it together is like having the same producer and players throughout the entire thing,” he says. “And I wanted all of the songs, even if they were fun or light, to be well written and clever in spots. Also, they needed to be a strong representation of what I do as an artist and a writer, and who I am as a person.”

Chewing on the album and what it meant to him personally,  Hurd points to album opener “Pass It On” and track 11, “Never Said I’m Sorry” as pillars of lyrical messaging from the project. The first, he says, “just felt good to sing.” The congenial feeling of generosity in a tension-bound moment in socio-political history feels refreshing. “I hope that when people hear it, they’re thinking the same thing,” he says, “Whatever you have, even if it’s just a smile, then let’s share that.”

Penned alongside Morris, Hardy, and Jordan Schmidt, “Pass It On” was originally intended for Morris’s new album. Halfway through, she said it was better suited for a male artist. “So Hardy sang the demo, and then somehow it fell to me,” he explains. “In that case, I would say I am the third artist in the room — Maren and Hardy’s careers are past mine at the moment. But somehow that one fell to me and it’s such a defining moment. It’s the first thing you hear and it fits my record so perfectly. It illustrates that in songwriting, even when you’re aiming at something else, it can still fall into something that I want to do.”

The latter highlights how something seemingly familiar is often a foreign concept. Perched at the height of the album arc as it descends, “Never Said I’m Sorry” marks the movement from overwhelming positivity to “actually apologizing” before it’s over. He adds, “I don’t know if there is enough of that these days.”

Capitalizing on the quick-witted components of country lyrics, Hurd purposely pivoted the listeners’ understanding of the song with a misleading title. “You imagine it to be defiant,” he explains. “I could be like ‘I never said I’m sorry because I’m not sorry.’ But it’s actually ‘I never said I’m sorry, and I meant to or need to’ — and that is a very different side of that coin.”

“If I Had Two Hearts” employs a similar metaphoric style in its delivery. Uptempo pop-leaning production disguises the aching undertones of the breakup ballad.

“Chasing After You” serves as a shimmering centerpiece of this project. Penned by Brinley Addington and Jerry Flowers, the song is one of only two tracks from the album that Hurd didn’t write. Yet, the sultry duet with his wife is still undeniably intimate. Teddy Reimer lent a hand to Eshuis’s production work, building an alluring sonic backdrop for the illustrious lyrics. Phil Lawson’s percussive time-keeping and Derek Wells’ hypnotic guitar riffs evoke a circular path that represents the cyclical push-and-pull of the person you can’t help but return to time after time.

Morris’s vocal contribution adds to the lyrical magnetism. Presenting the other side of the story, she enters with force after the first chorus. Wish I could quit you, but it feels too good / If I could turn it off, you know I would / But somethin’ ’bout you makes me think we could / Make it after all, Morris sings.

Hurd is first-and-foremost a storyteller and Pelago meets all the requirements of a foundational first chapter. Intentionally crafted, the album reveals his coastal roots and the genre elements that first led him into country music. With reverence for the traditional, Hurd wields influence from those that came before him. But to make space for his contribution to country music, he disregards certain sonic boundaries. Traversing uncharted territory, he stamps each song with a distinctive, stylistic mark. Lyrically, Pelago makes sense of Hurd’s story with inviting vulnerability,  allowing his listeners to find pieces of themselves within the deeply personal project.

Anticipating the release of his debut album, Hurd concludes, “I just hope that people like it.” 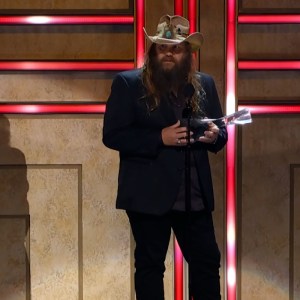