“I grew up in a small town on the northwest side of Iceland called Laugarbakki—about 40 people live there,” Ásgeir told American Songwriter.

By the time he turned 10, the Icelandic singer/songwriter’s family moved away from Laugarbakki to a slightly larger town, but growing up in such a sparse corner of the globe had its impact—especially when it came to Ásgeir’s artistic development.

“Most of my family has some sort of background in music, so I grew up surrounded by it,” he explained. “My mother was a music teacher and played organ in church, my father was a poet and played accordion. So, my parents were very encouraging of me picking up an instrument at a young age.”

For Ásgeir, being raised in a creative environment paved the way for him to discover his voice as a multi-talented singer/songwriter. Picking up the classical guitar, he taught himself an intricate style of finger-picking and began forging a signature style. In 2012, he put out his debut record Dýrð í dauðaþögn. The record became the best-selling debut album in Icelandic history (it’s said that one out of every 10 Icelanders owns a copy of it).

“That was really cool—I never imagined it would do so well, so I was surprised by the reaction it got,” the now-29-year-old said. “After that, I pretty much went on the road for two or three years straight. It was pretty hectic for a while and I’ve got to admit… I didn’t really know how to deal with it at the time. I didn’t focus on the right things because I didn’t really know what was going on. I was so focused on playing shows and stuff that I didn’t really write for a long time.

“So, when I got back home, I had to relearn the rhythm of writing again,” he continued. “But I’m super grateful for the opportunity—it was one of those experiences that you really learn and grow from. Now, I always find time whenever I can just to write and keep myself in shape.”

All of that metaphorical “working out” with his songwriting has certainly paid off—since his debut record, he’s maintained a body of work clad with heartfelt and strikingly expressive tunes. This past September, he returned with a new EP: The Sky Is Painted Gray Today, a powerfully emotive collection of four new compositions.

“Some of these songs were actually recorded before my third album, but they didn’t seem to fit and we already had around 10 or 11 songs,” Ásgeir explained. “We also felt like they all worked so well together that it would be great to release them as their own sort of album. So, back then, we didn’t finish them—instead, I revisited them earlier this year. I re-recorded some stuff, finished the lyrics and all of that.”

One of the highlight moments on the EP is the final track, “Sunday Drive,” in which Ásgeir remembers a formative experience from his childhood: the horror of when he was in a car that rolled off the side of a mountain.

“It’s about a car accident I was in when I was 7-years-old,” he said. “My family used to drive to the top of this mountain close to our town. We’d get out and walk around, but on the day of the accident, I went back to the car and was fiddling around with the brakes and gears and all of that. I didn’t know what I was doing, but the car just started moving slowly.”

“Then, it started to pick up speed. It ended up falling in circles down the side of this mountain, which is something that will always stick with me,” he continued. “I’m not really traumatized by it—I think my parents are, more so than me, just because they saw it all happen. I remember seeing my mom running for the car as I put my hand on the window right before it went down. But, I wasn’t injured at all—it happened in the best way possible, so far as something like that goes.”

Retelling that story through his songcraft, one can see how intimate and touching Ásgeir’s approach is. Sharing The Sky Is Painted Grey Today now, he hopes that his reflections can continue to shed a little warmth into the hearts of his listeners.

“I feel good, I feel optimistic about the future,” he said. “I’m looking forward to playing more shows again—we actually just went to Italy and did our first shows back since the outbreak of the pandemic. And right now, I’m also working on an album that we’re going to hopefully release next year. That’s the plan—there’s a lot to look forward to.”

Ásgeir’s new EP The Sky Is Painted Grey Today is out now—watch the music video for the song “Sister” below. 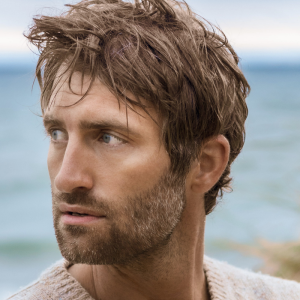