Sadler Vaden | Anybody Out There? | (Dirty Mag/Thirty Tigers)

Jason Isbell not surprisingly gets substantial attention as a talented singer/songwriter… but he isn’t the only talented one in his outfit. Isbell’s 400 Unit guitarist Sadler Vaden has already released an impressive self-titled 2016 debut. He follows that up four years later with an even better sophomore effort.

Now in his mid-30s Vaden has been a professional musician since 18, logging time with Drivin’ N Cryin’ before hooking up with Isbell in 2013. Between his extensive road and studio experience along with recording the earlier solo work, Vaden employs his knowledge on batch of originals worthy of his years in the Americana trenches.  With Anybody Out There?, he doesn’t disappoint.

There is a clear Tom Petty thread that runs through these ten tracks. It’s nowhere more obvious than when Vaden quotes Petty’s “I won’t back down” chorus on the closing “Curtain Call.” But the chiming, twangy guitars that power “Good Man,” the lyrics of which proudly state he “wants to be good for you,” and even his vocals on the song are so closely aligned to Petty’s sound, you’ll be checking the liners to see if this is a cover. The sweet/greasy slide guitar riff in “Peace and Harmony” seems like Mike Campbell might have stopped by to assist Vaden on one of this set’s most Petty-ish moments. And on “Tried and True” he even dips into the Byrds meets Brit Invasion strum that often informed Petty’s work. Vaden further goes power-pop by borrowing chords from The Raspberries on the pealing “Next to You” and works a taut rocking Cheap Trick approach on the pounding title track.

None of this is a problem. No one should be concerned about a songwriter borrowing some of the better characteristics of other great songwriters to craft his own vibrant material. Vaden displays a firm grasp on hooks and melody providing a durable backbone for these tracks. And when the tempos change for ballads “Be Here, Right Now” and “Don’t Worry,” he finds that often elusive 70s Crosby, Stills, Nash and Young vibe filtered through The Jayhawks that defines the finest Americana.

While his searching, everyman voice isn’t terribly distinctive, it works well with songs that trade reflections on simpler days in “Modern Times” with the complexities of maintaining a viable romantic bond as a musician who lives life on the road.

Since Vaden already has a day job, he was in no rush to release material. That time was well spent. He makes each of these tracks reverberate with the best aspects of the Americana genre that has clearly influenced him, while carving out his own space in it. 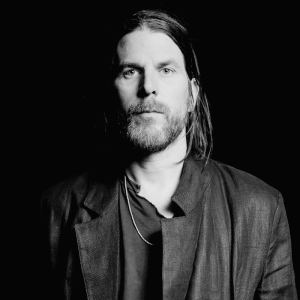 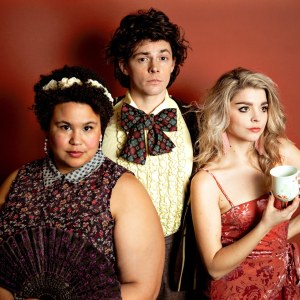