Singer-songwriter Sasha Spielberg had to wait a bit to unleash her first full-length solo release on the world. The record was complete in 2019. She wrote many of the songs a year or more before that, and the breakup that inspired those songs took place all the way back in 2017. Yet the album, titled Spoiled Love and finally released in January under her moniker Buzzy Lee, sounds somehow both fresh and timeless.

Spielberg, daughter of legendary director Steven Spielberg, sat down recently to talk to American Songwriter about the album’s gestation and release, along with the contributions of her collaborator/producer Nicolas Jaar. One of the aspects of the album that the pair settled on early was the idea of leaving plenty of open space in between Spielberg’s ethereal vocals.

“I tend to overlayer in production,” Spielberg explains. “If we’re in a studio and we have ample time, we’ll find a marimba and be like ‘Let’s add the marimba.’ Sometimes it’s so unnecessary. I do have the tendency to oversaturate the music because I think it’s just very scary to bare it all and have it be so minimal with just voice and piano. I think I imagine cinematically like an orchestral outro or adding strings. I do think big in terms of production.

“The reason I went to Nico is that he actually does the opposite. My brother said to me a really long time ago that there’s something to be said about music where you want to place a cello, but not placing a cello and having the listener’s imagination almost do it for you. I sort of took that with me into the Nico production and he already operates like that. And so we met at a really nice medium.”

Spielberg was already friends with Jaar but didn’t think about a possible collaboration at first until visiting him at his preferred studios in Northern Italy. “I had been working with a bunch of different producers trying to find the one for the album,” Spielberg says. “They were all LA-based or New York-based. When Nico and I are in a room together, it’s impossible for us not to make music. It’s just habit. I was playing the piano for about 45 minutes and the whole time he was recording, and he played me back how he treated the piano sound and the vocals. I was just like, ‘OK, I have to record with you.’”

Since Spielberg came into the sessions with certain songs written, she and Jaar both liked the idea of recording them quickly without overthinking them. “I’m so addicted to the beginning of things,” Spielberg explains. “Once something becomes stale, I tend to abandon it. And that applies to everything. I get really excited about beginning of things, and Nico is too. We both put songs to rest and don’t spend so much time on them. We really just have them come out exactly as is and then move on, which is why I love collaborating with him. The songs that I had written for the album had been around for two years prior to recording, so I had lived with them a bit. That’s why I love the in-the-moment voice notes and then just leaving them at that, and moving on.”

Jaar also made a crucial suggestion to Spielberg about how she would sing some of the tortured relationship songs. “I tend to immerse myself,” she says of her usual singing style. “It’s almost like going method. When I sing the lyrics and I do a take, I get very emotional and I transport myself back to the feeling that I had when I wrote it. I did a very emotional take of the first verse of ‘Strange Town.’ And Nico said, ‘It’s beautiful. I have that, you’re very good at that, you could do that ten times. Now what if you sing it as though you’re telling your grandchildren in the future about this big, great love that you had and this odd town that you would go with him? And just tell it. Don’t get lost in the emotion or be very removed from it. Just tell it as if it was a beautiful time in your life.’ I did that and that’s the take we ended up using. And that kind of embodied the entire record, which is not getting reactivated or heated again about the issues, but sort of singing from a different perspective from my 90-year-old future self.

Spielberg loved the original recordings of her alone at the piano, but also wanted a place on the album for some of the more complex compositions that she had created. A vocal effect on the track “Circles” that transformed her usually high, pristine voice into a lower, murkier tone proved to be the turning point. “I sort of pushed like ‘We can make this work,’” she says of the divergent styles. “And he (Jaar) was able to start shifting his idea of the record. What did it for him and tied it into the record was actually lowering the vocals and adding that vocal effect.”

“It totally made it a side B. For four songs, it’s a lot of soft, high, falsetto, breathy vocals that are haunting. Once we added the vocal effect, I started playing around with melody ideas and ‘Circles’ started to make sense to us. Before that, I was like, ‘I don’t really understand this song.’ Once we added that, it took us on an entirely different route with an entirely different melody that I wrote on the spot using the new vocal effect. That’s when the album took a turn when we made it a bit darker and slower.”

The lyrics on Spoiled Love rely heavily on Spielberg’s ability to tie words and phrases together for memorable rhymes and meanings. Case in point on the song “What Has A Man Done”— I can be over-attached/But I can’t be all that intact. “I love words and I love puns,” Spielberg explains. “And I know in 2021 people despise anyone who loves a pun. I truly love wordplay. I love breaking words up by syllables and finding words within words. I think I get that from my Mom, and I honestly sound like my Mom when I say this. I used to roll my eyes when she would talk about words and the importance of words.”

The fact that there’s been some distance between the events behind the songs and the debut of the album containing those songs has helped Spielberg deal with the unflinchingly confessional nature of Spoiled Love. “I’ve had some time away from it, so it’s not as scary,” she says. “Having as much space between the actual happenings and then the release, I’m able to easily talk about it. There are some songs that aren’t about breakups. They’re about other neuroses or other family members, and that’s the stuff that I keep very close to me, because I like knowing that the song is about that. But if someone else wants to interpret those songs as breakup songs, I’m also very OK with that.”

With her debut as Buzzy Lee now enchanting reviewers and fans, Sasha Spielberg can express her genuine affection for Spoiled Love and how it captures both the events that inspired it and the recording process. “I have full imposter syndrome,” she admits. “I can be very hard on myself. But with this record, I was incredibly proud. I remember sitting there with Nico and thinking to myself that I don’t care if no one hears this, I did this for myself. This is the first time that I’ve made music really and truly for myself. I didn’t care if the hard drive could go missing. I would still have this experience. I was really proud of how I pushed myself, how Nico pushed me, how I pushed Nico. Of course, I would get in my head listening to the masters or the test prints, being like ‘Oh, shoot, should I change this lyric? Does this work?’ But then at the end of the day, it really is a time capsule.” 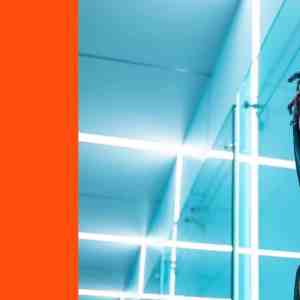