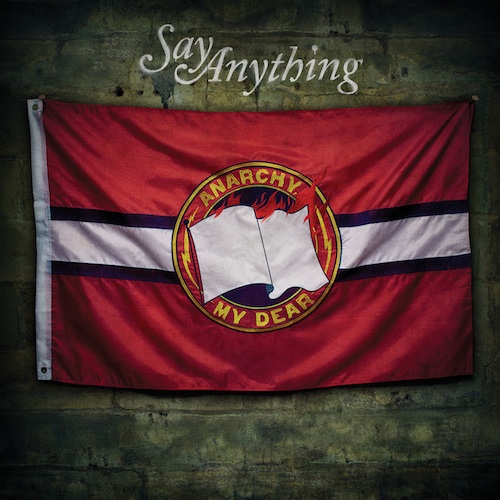 Say Anything’s bio may read like a punk rock opera, but despite battling through drug use and mental breakdowns (it’s often a thin line between genius and insanity), the band has somehow managed to sustain a loyal following. Many faithful disciples have been conjecturing if this highly anticipated fifth studio release Anarchy, My Dear will live up to its predecessors and the immense pre-release hyperbole, but the answer to that question is a resounding yes.

On the band’s first release in three years, frontman Max Bemis’ multifaceted lyrics remain spiritedly sardonic (“…pleasured himself to the music of well-dressed inbred college students), while other times brutally honest (“…and I don’t care which prophet you adore/Who you voted for/It won’t discourage love’s sick former manwhore), which have become Say Anything’s trademark. Anarchy, My Dear is more contrasting and experimental (hammered dulcimer,harmonica, steel guitar) than the indie rockers’ prior output, yet still manages to deliver the corybantic angst heard on 2004’s seamless …Is a Real Boy.

Internet cynics may be disconcerted by pre-release declarations describing this as the band’s first attempt at a proper punk rock record, but thematically and lyrically Anarchy, My Dear is exactly that. The album’s theme directly (and oft times subtly) revolves around questioning and rebelling against authority, which is the very essence of punk music. Although some may write off Say Anything’s latest as pop-punk simply designed for the mainstream masses, multiple listens will reveal Anarchy’s mindful attempt at broadening the band’s musical repertoire instead of merely trying to repeat what Bemis and company have produced in the past.

Reunited again with …Is a Real Boy producer Tim O’Heir (All American Rejects, Superdrag), Say Anything has succeeded in creating a deliciously maddening mash-up of edgy punk venom and somber broodiness. Bemis hasn’t lost any of his trademark in-your-face brashness (“bite your head off spit it out and let it plunge away”), and Anarchy is brimming with a multitude of pithy lyrics and standout tracks including: “Admit It Again,” “Overbiter,” “Burn A Miracle,” and the surprisingly melodic five-minute-plus title track, which sounds oddly like an amalgamation of Green Day and Garbage).

Anarchy, My Dear’s only missteps are the instances when Bemis noticeably overreaches beyond his core audience (“Night’s Song” and “Peace Out”). While the album may leave some longtime fans pining for their beloved band of yesteryear, those who are willing to listen with open minds (and ears) will soon realize that Say Anything hasn’t lost any of its true musical identity, but simply expanded upon it. This album should simultaneously satisfy the band’s faithful followers, and allure new listeners alike. For those unimpressed, Bemis’ lyrics in “Sheep” may sum it up best: “It’s my life and I’ll live it without you.” 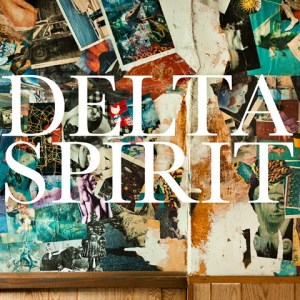 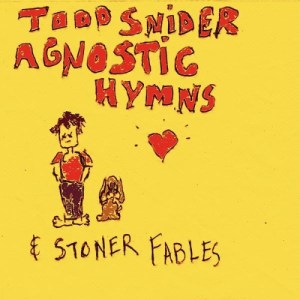