Normally, singer-songwriter Josh Ritter is on tour for much of the year, so when the pandemic-related show cancellations happened this past spring, he could’ve been at loose ends. Instead, he threw himself into weekly livestream concerts – raising a remarkable $175,000 in donations for various charities along the way. Recently, though, Ritter shifted his focus to his next project: on August 28, he’s releasing an EP, See Here, I Have Built You a Mansion, a collection of eight rare and unreleased songs.

“I was searching for stuff that felt like it was appropriate to the moment,” Ritter says, calling from his home in Brooklyn, New York. “I realized I had several songs that hung together in the same kind of color palette. The material that I wanted felt like it had some kind of lift to it. I wanted big, bright brushstrokes of stuff.”

Ritter says some of the material on the EP was originally recorded during sessions for his 2017 studio album, Gathering, but “I didn’t include them [on that album] because they didn’t quite fit the shape of that record. But it wasn’t because I had lost any faith in them or anything.” See Here, I Have Built You a Mansion also includes a poignant cover the Dire Straits classic, “Brothers in Arms,” as well as a version of “Lawrence, KS,” recorded in the titular city.

With the EP ready for release, Ritter is writing songs for his next album. He says that until now, he’s done almost all of his songwriting while he’s on the road, so there was some question about how well his process would work for him during this extended off-road period at home. Fortunately, he’s discovering that even in these strange times, he’s still feeling as inspired as ever.

“Artistically, I haven’t felt paralyzed,” Ritter says. “There’s other times that those kinds of anxieties and blockages come in, but it’s been feeling really useful to me to be working, to be imagining other things and other worlds. That seems to help me to feel a little bit more at ease in my life. I feel very grateful to have that as an outlet.”

As for what’s keeping him motivated in his career overall, Ritter says, “I’m just really hungry. I enjoy so much of the process. I feel really grateful for the hours that I get to spend writing, and the time I get to spend recording is its own special kind of party. Then you got to share it. Everything about it feels like a cool opportunity to try something new or to have fun.”

Ritter says he has become much more confident as a songwriter since releasing his self-titled debut album in 1999. “It’s been more of a process of me becoming comfortable with the person that I’m going to be,” he says, explaining that as a songwriter, “You’re getting a chance to tell a story about yourself in some way, and the temptation is to change yourself around. So over time, I’ve come to appreciate that the part of me that writes music or performs is a part of me that I don’t really have a lot of control over. And with that comes a kind of freedom, because I’ve loosened up a little bit. I’m not as worried about making mistakes.”

The first clue that Ritter would have a knack for music came when he was 10 years old, and he found himself completely captivated by The Beatles’ Sgt. Pepper’s Lonely Hearts Club Band and Paul Simon’s Graceland. His first instrument was the violin, which he played for several years, though that didn’t move him sufficiently to try to write his own music.

Things changed when, at 17 years old, Ritter finally began playing the guitar, which immediately inspired him to write his very first song. “It was a song about a guy murdering another over a gold mine,” he says. “I don’t remember anything else about it. I’m going to find that again. It was definitely one of those songs, I wonder what I would think of it now. I’m sure it would be funny!”

Even then, Ritter was still leaning toward picking a non-musical career, though. “I remember I first decided I was going to be a neuroscientist,” he says with a laugh, “and then I realized, there’s no way I was going to be able to do that! I had to become at peace with the fact that I was going to be a musician, no matter how hard I tried to do other stuff.”

Ritter has gone on to release ten studio albums (most recently, Fever Breaks in 2019). Along the way, he has amassed a fiercely loyal fanbase for his emotive blend of folk, Americana, and rock. Ritter seems to regard his fans as lifelong friends by this point: “You meet people early on and you play for them, and then they go about their lives and you go about yours. They get married and have kids. You meet their kids who are going to college.”

This close bond has happened, Ritter says, because “my audience and me have a relationship that’s built on trust: the evening that they spend coming out to a show, or buying a record, they’re giving me the opportunity to do more stuff.” In return, Ritter says, “I feel that my job is to be an explorer, and albums are your dispatches home from whatever you’re exploring at the moment. That’s really important, to maintain the trust between you and the audience. “Also,” Ritter adds with a laugh, he believes that he’s been able to continue his career because “I don’t know that I would take no for an answer! I think I would still be doing it, at whatever level of attention I might get. I just keep on doing it and I’ve been lucky enough that people are still listening.”

Dig Josh? His vinyl is selling fast, check out his merchtable. 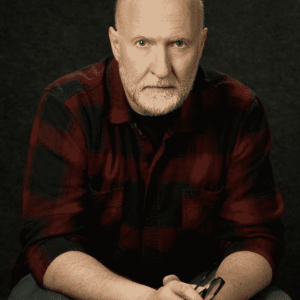 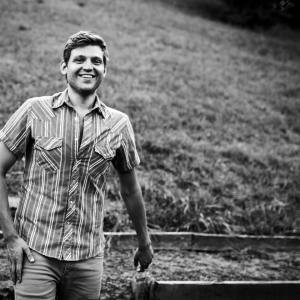