Sibling combos are nothing new of course. The history of popular music is littered with them, be it the Andrews Sisters, the Everly Brothers or a fractious bunch like the Kinks and Oasis. However at their best, a family band provides their listeners with an assurance of harmony, sweetness and synchronicity.

That’s what’s found with the three sisters that refer to themselves as Call Me Spinster. The trio, consisting of Rosalie Graber (vocals, bass), Rachel Graber (vocals, percussion) and Amelia Graber Jacobs (vocals, accordion, glockenspiel), create a sound that’s giddy at times, unhurried and cerebral at others, but consistently tuneful and enticing all the same. Consequently, over the course of their eponymous debut EP, the band share a pleasing variety of musical moods, whether it’s an effusive celebratory romp (“Here  You Are”), a quiet caress (“Two Hearts) or a melody that falls in-between (“Morning”). Regardless of tune or tempo, it’s a sound that’s consistently satisfying and yet still seductive and sensual.

Not surprisingly, the group’s origins reside in family get-togethers when the three would run through a repertoire consisting of classic pop and R&B, all of it offered with an occasional off-kilter approach that allowed them to integrate stand up bass, accordion, banjo, ukulele and percussion. They soon developed a singular reputation in their adopted hometown of Chattanooga Tennessee, which eventually resulted in their bigger breakthrough.

“The band came together over the course of several summers when we were full-time teachers in different parts of the world,” Rosie relates. “We got together for a month at a time with a list of covers we wanted to try out on some recently acquired instruments. When Amelia discovered she was pregnant soon after our summer retreat in 2016, Rachel and I decided it was now or never to move to Chattanooga to see the band become realized.”

In a sense, Call Me Spinster’s recognition is a classic tale of what can happen when performers are plucked from obscurity and given a bigger opportunity.” After playing around town for a few years and meeting George Fontaine of New West and Strolling Bones Records at a music festival, we got the opportunity to record at Chase Park Transductions in Athens, Georgia with Drew Vandenberg and some fantastic studio musicians,” Rosie recalls.

Those musicians she refers to include Given Arnold on electric bass, Jojo Glidewell on keys, drummer, Jeremy Wheatley, guitarist Matt “Pistol” Stoessel, Annie Leeth on violin, Jordi Lara on cello, Luis. Alfredo Fortin with kalimba and claps, and Vandenberg, who served the role of producer and added some cymbal.

“The songs on the EP are a reflection of our various stages of life, Rachel suggests. “New relationships, breakups, a new baby. We got most of the way through recording three of five songs when COVID-19 hit the fan. After some disappointment and tantrums, we realized we could try finishing recording on our own. We set up a sound booth with furniture pads, plywood and an old mattress, borrowed a friend’s mic and learned how to use Reaper. Drew held our hands through hours of takes and YouTube tutorials, and we eventually got all five songs recorded, mixed and mastered by August.”

The result is a set of songs that they can certainly be proud of, a series of soft, shimmering melodies that convey both youthful enthusiasm and elegiac indulgence. It may be a somewhat humble beginning, but ultimately, every spinster should be so engaged. 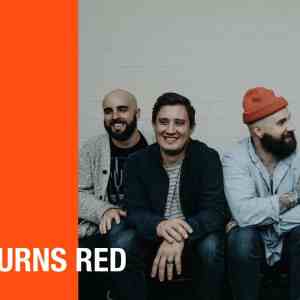 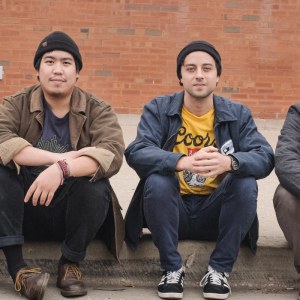