“Every song has a different emotion behind it,” vocalist / guitarist Jazz Rodríguez Bueno told me over the phone a few weeks ago. “Last year I started to have depression symptoms but I didn’t know that was depression, so I didn’t listen to [the symptoms] and I thought it was me. This year I’ve discovered that it was not me, so a lot of the feelings in this album are discovering something’s wrong but not really knowing what it is.”

Self Worth bristles with that blend of unease and frustration, combining snotty vocals and driving basslines with scuzzy guitar and throbbing drums. Meanwhile, Jazz and fellow vocalist / guitarist Carla Pérez Vaz shout their worries with total abandon. Album opener “This Feeling Is Disgusting” might be the Catalonia punk band’s most pop-y song to date, pairing explosive hooks with a surprisingly tender outro. Other highlights include the frantic “I’m in Trouble,” the sludgy “Gather Really,” the relentless “Stay There,” and the convulsive “Apathy.” Finally, album closer “The Family’s Broke” sees the band—rounded out by bassist Leia Rodríguez Bueno and drummer Victor Álvarez Ridao—slowing down for almost long enough to catch their breath.

We caught up with Jazz about Mourn’s new album, which follows 2018’s Sorpresa Familia, 2016’s Ha, Ha, He., and 2014’s self-titled. Check out the full interview and watch the videos for “This Feeling Is Disgusting,” “Call You Back,” and “Men” and below.

Jazz Rodríguez Bueno: I’m in Girona. It’s like an hour North of Barcelona. Carla and Leia live in Maresme, which is a county closer to Barcelona. But I recently moved here.

When did you write the songs on your new album?

We started in May last year, and we went to a house in France near the Pyrenees—only Carla and I. We had our phones but we didn’t have Wifi, so we [were] focused on writing new songs so we could bring them to the band and start working. [We] spent the whole summer of 2019 working on these songs until October, more or less, and in November we recorded them.

Where did the recording take place?

In Sant Feliu de Guíxols, it’s a town in Costabrava, in Catalonia, in a studio called Ultramarines Costabrava. One of our friends works there with the main engineer. We rented an apartment and we stayed there for two weeks, it was a really cool experience.

I think so, yes. [It’s] like a diary, but in a more introspective way, not as literal as the other albums like explaining actual stuff that happened, but more of how we have felt, not necessarily what we have done during the day. So it’s also a diary, but it’s a more emotional one.

What are some of the emotions that drive the songs?

Anxiety is one of them, like discovering what anxiety is. Every song has a different emotion behind it. Last year I started to have depression symptoms but I didn’t know that was depression, so I didn’t listen to [the symptoms] and I thought it was me. This year I’ve discovered that it was not me, so a lot of the feelings in this album are discovering something’s wrong but not really knowing what it is.

Why’d you want to open the record with “This Feeling Is Disgusting”? Does that song speak to that condition of knowing something’s wrong but not knowing what?

I think that song was the most different we’ve ever done [from our previous releases]. It’s a really happy, funny song. We usually are more dark. But the lyrics themselves are worries and fear of the future and not knowing what to do. So I thought that this was a good opening track because it sums up a little bit what the album’s gonna be about and at the same time it’s like a surprise because we haven’t written a song like this before.

Is “Apathy” as cathartic to perform as it sounds?

It is! We’ve only performed it once because of the restrictions for live concerts, but in the rehearsal space, yes, it is.

Can you hear any recent inspirations or influences come up on the album?

I’m not sure, because as I said, I had depression symptoms and I stopped listening to music last year. I didn’t listen to music at all. I went from listening to music every day to never being able to play a record. So if I listened to music, it was from the radio or somewhere where something was playing. Now I’m getting it back. Maybe the musical inspiration was in my subconscious of all the records I’ve listened to in my life, but at the moment there was no direct inspiration.

Do you and Carla have any favorite lyrics on the album?

Oh no, am I making you think about them more?

No, no, it’s okay! I’m not uncomfortable revisiting those lyrics. I think it’s endearing seeing where I started and all the things I’ve gone through since then. But I think the whole lyrics for the song “Men”—I like the way the lyrics work with the melody.

It’s nothing special rhyme-wise, but the line in “House, Hold,” at the end, where we repeat “I’m doubting myself, misunderstood.” I think it was just pure honesty and what I was really feeling at the moment, so I don’t like it because of the writing, I like it because of the power it gives me to be able to say it out loud to the world and not hold it inside and let it take over me.

I read that you and Carla got your start covering PJ Harvey, Eliott Smith, and Nirvana. Do you ever perform any covers as Mourn?

We perform covers but they’re from other artists. We started playing a cover by PJ Harvey live when we were 17, and we actually have a full album of only covers. We play a lot of The Cure, The Sound, dEUS—they were one of my favorites growing up and they still are. In concert we [usually] play one or two covers.

Is it weird that you can’t play shows right now? Do you expect to perform for audiences again soon?

Yes, it’s really weird. I don’t know what to do with my life right now because it’s so difficult to find a job here in Spain at the moment. All my income has vanished from Earth! But it’s okay. We have some shows booked for later this month, November, and December, but slowly they are being cancelled, so I don’t know if we’ll be able to play them. The situation is not getting any better.

It’s really sad because there are some cool venues that have shut down. For example, I was really sad to read earlier in the lockdown that one of our favorite places in Boston, [Great Scott]—we’ve played three times there—they shut down. The first time we played there we felt super comfortable, also the sound engineer was playing Archers of Loaf, which is one of my favorite bands so it was a good connection I had with this place. We came back two more times during the years and last time we played there was 2018 during our last US tour. I feel happy and sad at the same time that I got to play there while it was still going on.

Is there anything else you want to share about what you’ve been up to recently or what you’re looking forward to next?

Carla and I actually are writing solo songs and sharing them with each other. We’re not writing any Mourn songs because we have this album coming out and we need to rest and stuff, but since we have to stay home we want to still do what we love most. She has a lullaby record but she hasn’t recorded it. I’m like, “Carla, please record it!” We agreed that we will [photograph] each other’s solo album covers.

Self Worth is out October 30 via Captured Tracks. You can pre-order it here. 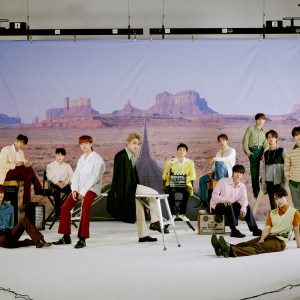 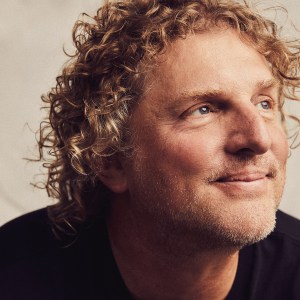