Whenever 21-time platinum-selling rock ‘n’ roll band, Hootie & the Blowfish, get together to write and record a new album, the group’s lead guitarist, Mark Bryan, usually leaves with enough material for a new solo record. Each of the four core members of Hootie write and so when the band gets together, as it did for its recent 2019 release, some 70-80 songs are composed. From the batch that don’t make the final album, Bryan reuses the favorite ideas he’s found and written, bringing them to his own studio. This was precisely the process for the musician’s forthcoming solo album, Midlife Priceless, which he will release in April 2021. Today, we are happy to premiere the record’s first single, “Wanna Feel Something,” on which Bryan sings about Hootie’s recent successful reunion.

“Out of the ether,” Bryan says, “I wrote the first line of the song, ‘Tonight we ride again, just like we did back when we were best friends and it would never end.’ I wasn’t doing it intentionally but I liked the way it sang. When I read it back I thought, ‘Holy shit!’ We were getting ready to go back on tour – maybe that’s what I was writing about.”

With the inspiration of his extended reconnection with the band, Bryan wrote more. He filled out the verses of the new song. He wrote about the excitement and the eruption of the live audience at shows. He wrote about the thrill of taking the stage, seeing the swath of faces in the crowd light up in front of the band. He wrote about the comradery going through shows like this night after night engenders. At the end of the day, he and his band mates are friends, family. That matters most of all – it’s the origin of their magic.

“The squabbles we may have had in the past don’t matter once you’re out there doing your thing,” Bryan says. “Before every show, we do a toast to all our friends, living and dead. We all do a shot, or whatever. That’s become a really big tradition, so that’s in a verse of the song, as well.”

Reciprocation is what made Bryan fall in love with music in the first place. Growing up in Maryland, Bryan’s parents, who later divorced, would listen to music here and there in the house. He remembers the Jesus Chris Superstar record, some good country albums. Then he found rock ‘n’ roll: The Beatles, The Beach Boys and Elton John. But when he was 13-years-old, everything changed. That’s when he heard The Who’s, “My Generation.”

Bryan began playing guitar but only as a hobby. For college, he enrolled in the University of South Carolina to study broadcast journalism. His father was a broadcast journalist and the job looked good to him. It was around then in school when Bryan met Darius Rucker, who would soon become the front man for Hootie. The two were both broadcast journalist students, joking between them how they were going to be on ESPN one day but how they really wanted to make music (which makes this video for the song, “Only Wanna Be With You,” featuring famous ESPN sportscasters, seem even funnier today). In the summers, Bryan would come home and work landscaping jobs. But during the school year in the mid-to-late-80s, the band played parties, working out the songs they wrote in real time.

“At the time, we didn’t know how big of hits they were going to be,” Bryan says. “We were just writing them like any other song. Some idea comes to you and you bring it to your boys and you all work it into something better. That’s what we did.”


Bryan says the band’s phenomenal rise was “a total mind fuck.” Nobody in the band had any idea they would sell millions and millions of their 1994 debut LP, Cracked Rear View (“We thought we would sell 200,000 if we had a hit – maybe,” Bryan says. “Not 15 million”). To keep their heads on their shoulders, the band mates made sure to keep each other in check. They reminded each other that Hollywood glitz and glamor was never the goal – so why stray after some recent success?

“It wasn’t about being famous,” Bryan says. “It was about making a career out of what we love. I think that helped keep everybody grounded.”

Selling that many records implies and creates a giant fan base. And while, like any band, Hootie had some ups and downs after their major debut, fans were thirsty for their 2019 reunion tour to celebrate the band’s new release that year, Imperfect Circle. So much so that the tour sold out. It was inspiring to the members of Hootie and to Bryan, especially.

“That was amazing,” Bryan says. “To get to do it all again, it felt so right. It was cool to be back in that creative process with the guys again. It was like getting back onto a bike. You go to this place – the energy from the music and the people all combines into something. It’s surreal.” 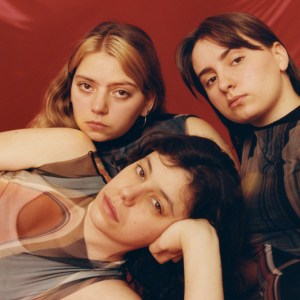 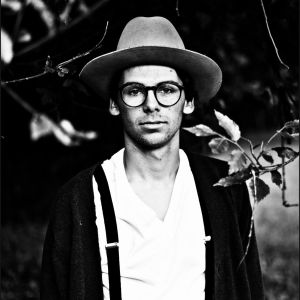