Florida-based blues musician, Selwyn Birchwood, likes to hear his stories first-hand. Too often, Birchwood says, artists seem to offer carbon copies—tracings of tracings—to their audience rather than attempting to put forth the most genuine storytelling they can muster. Birchwood, who likes to burry himself in his favorite songs and albums, much prefers a unique voice or an individual point of view, instead of something safe and familiar. He prefers discovering new ground as opposed to the overly trodden. It’s because of this personal perspective, he says, that he spent years crafting the songs for his newest album, Living In A Burning House (review), which is out January 29th. Birchwood worked on the record for three years and spent a fourth (2020) with the songs on the shelf waiting for the right time to release the new music. That time is now.

“I feel like,” Birchwood says, “if you take a beautiful painting and then have somebody trace it and have someone trace the tracing, and so on—that’s what’s happening when you record and record the same songs over again. Second-hand information isn’t as compelling as much as first-hand.”

When discussing the blues, there is a lot that can go into the conversation. The genre of music was invented in America by genius, oppressed people. There is, as a result, a lineage of blues musicians that have changed the world, from Lightenin’ Hopkins to B. B. King. What comes with those roots and that lineage, too, is an extended family tree, the branches of which can vary in integrity and illustriousness. For Birchwood, creating work means being honest to oneself. It means doubling down on the internal. It means staying true to the old adage, “Know thyself.”

“I try to get on stage and tell my own story,” Birchwood says. “I don’t try to claim anything other than what I am and I’m from Florida. I’m not from Mississippi. So, I was always hoping to come up with my own Florida blues and write my own music. That’s about where I’m at now with this new record. It’s the first time I can sit back and say, ‘I think I found my sound.’”

Birchwood’s new 13-track album is quite good. While the musician’s voice brings an energized, gravely sensibility and his chops on the guitar showcase skill for swing, sadness and joy, what the record benefits from most is its songwriting. Each track has a thesis, a complete and unique idea. Pressing play is like opening a book of short stories. “She’s A Dime” is about his relationship. “Mama Knows Best” is about listening to a mother’s wisdom. The titular “Living In A Burning House” is about finding hardship everywhere you look. “You Can’t Steal My Shine” is about keeping heart, hope and individuality no matter what.

“All I’ve tried to really do,” Birchwood says, “is find a way to take older blues sounds that I love so much and tell my own story with it. I want to fashion it in a way that I think is more fitting to where I’m from and who I am. I feel like the songwriting aspect [of blues music] is often overlooked and what you end up with is just blues chords and guitar sounds and words, instead of having a meaning and vision and story behind it.”

The stories are what drew Birchwood to the blues originally, he says. He didn’t grow up in a particularly musical household but by twelve years old, he’d started to play a guitar he’d gotten as a present. A few years later, he heard Jimi Hendrix and his mind was blown. Birchwood says he hadn’t quite heard music like that before or since. After learning about Hendrix, Birchwood quickly looked into the Seattle guitarist’s influences, one of which was Buddy Guy. As luck would have it, Birchwood says Guy was playing at the House of Blues in Orlando, Florida at right around that time. Birchwood attended the show and, that night, said to himself that he was going to be a blues guitar player. There was no two ways about it.

“I was completely floored,” he says. “I said, ‘Whatever this is, I want to learn it, that’s what I want t do.’ And everyday since then, I’ve been trying to do that. I’ve always been chasing the sounds that I really enjoy.”

Seeing Guy at the House of Blues, Birchwood says, felt like someone grabbing him by the shirt collar. For his new record, Birchwood, in a way, has come full circle. On the album, he worked with Guy’s longtime producer, Tom Hambridge. The relationship is, in fact, one of several notable collaborations in Birchwood’s life. The first came when he was nineteen years old, when he met the musician, Sonny Rhodes, who took a liking to Birchwood and brought him on tour. For Birchwood, who later earned an MBA from the University of Tampa, working with Rhodes was another form of graduate school.

“He prepared me,” Birchwood says. “He showed me what it was to be a touring blues musician and a band leader.”

In 2013, Birchwood won the Blues Foundation International Blues Challenge in the band category and the Albert King Guitarist of the Year. While he’d achieved some fame in Florida to that point, the awards allowed him to begin to branch out to new areas of the country and, later, the world. Today, the artist says his newest record, which is is fifth to date, is the best work he’s ever created. It’s a testament to all the music he’s heard, all the years he’s put into his six-string and all the relationships he’s forged along the way. And as the new year dawns, he says, he’s hopeful for a return to playing live and a reconnection to his burgeoning audience.

“I love the community,” Birchwood says. “I think whenever we have a good show, it’s because everyone is engaged in the same shared experience. It stops being music at that point and becomes more like a meditation and medicine.” 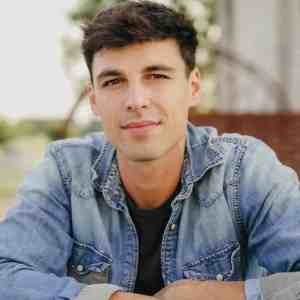 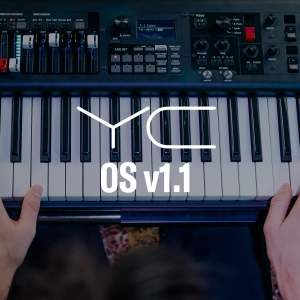