When New Jersey rockers Senses Fail were itching to perform following a stagnant year in lockdown, a typical livestream just wouldn’t cut it. It had to be grander, epic… and right in the middle of a desert.

Self-funding the project themselves, the band set up a full production, complete with elaborate backdrop, 360-degree cameras, and overhead Steadicams, to film live performances of their 2004 debut Let It Enfold You and follow up Still Searching (2006)— certified gold by the RIAA in 2020—performing both in their entirety from sunrise to sunset in the center of Joshua Tree.

“We needed to do something,” says frontman Buddy Nielsen. “Over the last year, a lot of artists have done these livestreams, but we wanted to do something different, and then it turned into this bigger thing. We said ‘let’s put it in the specific location and do something visually different and interesting that would exist outside of this pandemic. If we were going to do this in normal times, what would we do to make this somewhat special.”

Taking cues from bands like Queens of the Stone Age, Eagles of Death Metal, U2 (The Joshua Tree), and others who have set their music around the essence of the California desert, the band kept returning to the idea of playing in Joshua Tree.

“A lot of artists have done things in the desert,” says Nielsen. “I feel like it’s something that you should do as a band at some point. It just seems like the adult thing to do. It’s synonymous with good music, or a legacy-worthy type of thing.”

Getting to Joshua Tree at 3 a.m., the band played the two sets, the second, Let It Enfold You, Sunrise Stream, airing Aug. 5.

The Joshua Tree performance also marks 20 years in for Senses Fail, originally forming in Ridgewood, New Jersey in 2001, and a new era. “We’re in a place where we solidified the fact that we’ve been a somewhat influential band in the genre,” says Nielsen who co-founded the band when he was 18. “Coming from a specific time in music, and now we’re older and we’ve got records that have gone gold, we’re kind of in our legacy phase, whereas these two records are from from the peak of the genre, the whole mid-2000s, emo scene.”

Part of the new era also finds Nielsen as the band’s main songwriter, a duty he took on more strongly on the previous 2018 release If There Is Light, It Will Find You. “I’ve never, up until the last record, been the main songwriter for the band,” he shares. “It’s always been a collective or our guitar player.”

Collectively, the band’s upcoming eighth studio album, What the Thunder Said, Hell Is in Your Head, is inspired by two poems: T.S. Eliot’s “Wasteland” and “To Think of Time” by Walt Whitman.

“It’s split into major and minor,” says Nielsen. “The last song is actually supposed to take place after soul searching, when the character, or myself, commits suicide and their interpretation of what the wasteland means, and feels, and looks like—and crossing to the underworld or what is perceived as the in-between of life and death. It’s still dealing with the grief that preceded ‘Still Searching.’ Letting go of the grief that existed to create that record is something I never fully dealt with until I had my daughter.”

In the story of the album, the character meets his daughter who tells him it’s not time for him to die.

“It’s about healing grief through bringing life into the world,” shares Nielsen. “I am able to meet the people that I’m grieving and then think of time as more about how we live our lives in the present, knowing the inevitable conclusion. It’s something that’s brought on when you become a parent. You’re faced with your mortality pretty frequently.”

Nielsen adds, “I finally feel like what I would call an artist. I think it’s like my first real attempt at doing something that feels a little larger than just a collection of songs.” 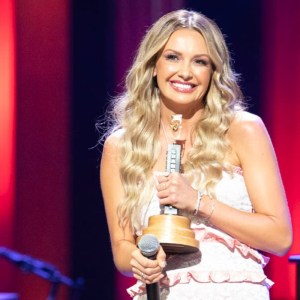 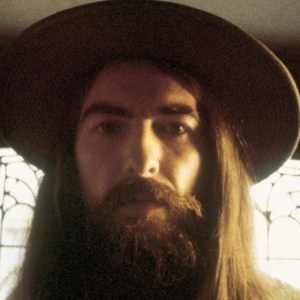