“I went to George’s Friar Park…estate and he said ‘I have a few ditties for you to hear.’ It was endless! He had literally hundreds of songs, and each one was better…than the other,” said late producer Phil Spector about his first encounter with the recently ex-Beatles guitarist when working on All Things Must Pass. While “literally hundreds” is an exaggeration, especially knowing Spector’s penchant for hyperbole, the point was clear. Harrison had stockpiled songs for years during his Beatles days, amassing a significant backlog of quality music.

That’s the problem with being a really good songwriter in a band with two great ones. Since Harrison was only allotted one track per side of a typical Beatles album, his accumulation was substantial as the group disbanded around September of 1969. When he started recording what most consider his first solo project in 1970 (two earlier instrumental ones got little notice), those tunes gushed out of him, leading to Spector’s comment above. The resulting collection is on anyone’s shortlist of finest Beatles solo releases, many placing it near the top.

Although the official 50th anniversary of All Things… would have been 2020, no one will quibble after experiencing this lavish expansion of a venture that was already a sprawling classic. The 18 initial recordings, plus a batch of jams, were one of the first studio triple vinyl boxes. While a 2001 reissue with a Harrison-approved re-recording of “My Sweet Lord” (not included here) was completed just before his passing, son Dhani knew it was time for a full-blown overhaul. George repeatedly told him how he disliked the reverb splashed over the songs by Spector. So Dhani and engineer Paul Hicks went about the arduous task of remixing the contents, scouring tape boxes to find dozens of (mostly) previously unheard demos, outtakes, and studio chatter, and creating a 5.1 surround/Atmos upgrade, while focused on keeping Harrison’s artistic vision intact.

It was a tricky endeavor but the result is striking and revealing. These five-decade-old tapes sparkle with renewed life and a depth partially obscured by Spector’s heavy hand. While purists may complain, because they always do, it’s impossible to find fault with the obvious care and attention to detail dedicated to the end product.

Harrison’s songs balanced religious and spiritual topics (“My Sweet Lord,” “Hear Me Lord,” “Beware of Darkness” and the title track) with existence and love affirming, or sometimes questioning, lyrics (“What Is Life,” “Isn’t It a Pity,” “Awaiting on You All”) wrapped around eloquently composed melodies and enhanced by numerous overdubs. The plentiful backing players included not just Ringo with two other drummers, but Eric Clapton and the rest of what was to become his Dominos, Badfinger, horn players Bobby Keys, and Jim Price, backing female vocals credited to the George O’Hara-Smith Singers and others. Not quite a cast of thousands, but at times it sounds it. These sessions stretched out over months, continuing even after Spector returned to the States.

A variety of configurations (multiple CD/vinyl/colored vinyl/limited “Uber Deluxe Edition”) include some wallet thinning options. But the six-disc package with three platters devoted to rare demos and outtakes (47 total, all worth hearing), is essential; not just because it helps to understand how the material took shape from its rawest form, but to experience dusty gems like “Sour Milk Sea” (which appeared on The Beatles “white album” demos) or the Elvis rockabilly inspired “Going Down to Golders Green,” that never made it to the final edition. Those with surround systems will revel in the immersion of the sumptuous Blu-ray 5.1 and Atmos remixes. A 60 page, splendidly annotated book with quotes from George and others about the material, plus rare handwritten lyrics and photos is worth digging a little deeper in your bank account for.

In either format, All Things Must Pass is a landmark set; one that sounded timeless 50 years ago and will have the same effect 50 years from now. Even, perhaps especially, those who have lived with it for decades will enjoy this appropriately classy, beautifully crafted, refreshed/remixed, and likely definitive version. 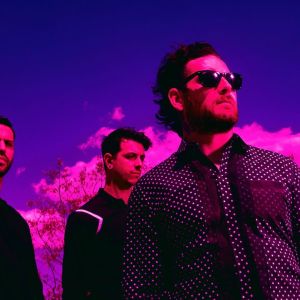 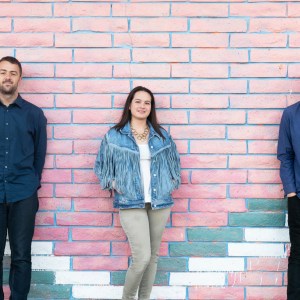