Upon first glance, Seth James — outfitted with a cowboy hat and a native Texas twang — fits in a universal archetype. Looking at an album cover, one might expect to hear something akin to George Strait’s quintessential ‘90s country. But growing up a long way from anywhere on his family’s cattle ranch in King County, James had to dig for the musical influence other teenagers came upon naturally on television or radio in the ‘90s.

James, who jokes, “there’s not a radio on a horse,” went hunting for songs that sounded like they were from people working as hard as he was. Here, he found Muddy Waters and Lightnin’ Hopkins, then Booker T. & the MGs, NRBQ. There was a groove to Delbert McClinton, Joey Lee, Frankie Miller that moved him toward what he feels is inadequately summed up as “Texas Soul.”

“Living here with the background that I have, it was always perplexing to somebody whose never heard me because it’s kind of conflicting. A lot of times, people listen with their eyes,” James tells American Songwriter over the phone. “But to me, Delbert McClinton was the most Texas thing I could think of next to Bob Wills. And, in my mind, there was not a huge difference.”

Piecing together his lived experience, overlaid with his transcendent influence, James readies his third full-length album, Different Hat. Due August 27 via Tiny Ass Records, the record begins at the bottom of the well he drank from as he dug further into the Blues world. Produced by Kevin McKendree and recorded live with ace players, Different Hat portrays James as a torchbearer, staking a claim in both the perpetuation and evolution of a threatened musical styling.

“I still want to hear more of that music, and there’s not a lot of it being made nowadays,” says James. “No one has crowned me the carrier of the torch by any means, but it’s important to me I carry on the sound tradition. I don’t take myself too seriously, but I take that part seriously.”

James feels he is not “plugged into the music business” in a way that he gets pitched a lot of songs for his recording consideration. But through his manager, Sam Siefert, the artist was plugged in with JJ Cale estate and presented with “Raisin’ Kane”—an original that has never been cut or released, not even by the legend himself. Premiering today (July 19) ahead of the new album, “Raisin’ Kane” features Lee Roy Parnell on slide guitar, lots of horns, and plenty of swing.

“I don’t know if you’ve heard JJ demos, but they’re a lot like his records — usually cut at home with a drum machine from an old Lowery organ. The song was just really simple, and it wasn’t missing anything at all. I couldn’t understand why no one ever cut it.”

Hearing “Raisin’ Kane” for the first time, he says, “made you feel like you struck gold.” James feels the great honor of shedding light on a song from Cale’s legendary catalog, but also a personal connection to the late storyteller.

“I don’t know his process, and I will not pretend to. But it doesn’t sound like he would overthink and edit himself. He sounds like the kind of guy who would sit down and write a song and not bother with whether someone is going to understand exactly what he was talking about—that’s their job,” says James. “And for me, if I’m going to sing somebody else’s song, the language and words need to be in tune with the way I talk. Even though I didn’t know JJ, it seems to me we spoke the same language.”

Now, at “40 something” years old, James feels like he has finally landed on something that sounds like an authentic amalgamation of a non-linear experience. Along with “Raisin’ Kane,” Different Hat includes another Cale composition, “Wish I Had Not Said.” His rendition of the song, first released on Cale’s 1981 album, Shades, features vocals from his wife, Jessica Murray, which add to the soul-funk influence between Memphis and Muscle Shoals.

Another cover—Larry Jon Wilson’s “Ohoopee River Bottomland”—follows suit, suggesting James’ self-placed responsibility to purvey regional traditions that shaped his artistry. With utmost reverence, he blends age-old traditions into both borrowed heirloom and original tracks to meet a modern moment. The ease with which he arrives here is the product of decades of intentionally crafted a means to purvey the stories James hopes to pass to preceding generations.

“Some people make their first record when they are young and sound like themselves from the get-go. I’m not sure how that happens, but it didn’t happen with me,” says James. “And so to be here, it’s suddenly easier to put myself, my background, and experience in my music because I’m not trying so hard to do other things. It’s easier for me to understand my role, what I am.”

In the past, the artist shied away from sharing certain experiences or ways of speaking in fear that the listener might not understand or relate to the sentiment. Over the years, James found it is not the content or specific details but rather the vulnerability that draws a listener into music with an open heart.

He adds, “There is a lot of comfort and ease in making music once you’ve got to a spot where you just know who you are as an artist.” 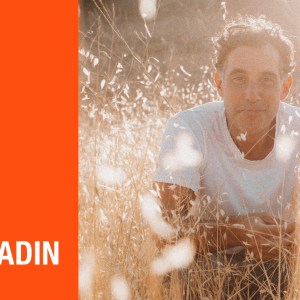