No longer the fair-haired innocent waif who cooed “As Tears Go By” who was swept up and seduced by Mick Jagger, Marianne Faithfull evolved from there with confidence and conviction. Switching to a sneer and a snarl, she later conceived a comeback of sorts, via the album Broken English and its bitterly barbed diatribe,“Why’d Ya Do It,” each an undiluted expression of rage and recrimination. In the years since, she’s clung to that indelible image of a curmudgeonly grande dame, a femme fatale and elegant chanteuse who still howls at the twilight, refusing to concede any need to take a final bow.

Having said that, the elegiac expression of She Walks in Beauty changes the equation entirely. A remarkable recording in more ways than one — indeed, it was recorded while in lockdown after a near-fatal encounter with covid — it finds Faithfull reciting the archaic classical verse penned by revered English romantic poets — Lord Byron, John Keats, William Wordsworth, Thomas Hood, Percy Bysshe Shelley and Alfred Lord Tennyson in particular.

Consequently, don’t expect a giddy songfest with words to hum along to or any memorable melodies to boot. Faithfull simply shares her dry recitations with poise and proficiency. Her steadfast collaborator, Warren Ellis, serves as an adept arranger, taking the same role he’s assumed with Nick Cave in his various permutations. Ellis’ shimmering and sedate instrumental beds underscore the solemnity and sadness of these languid laments, each of them tugging at  remorse or romance.

Despite additional input from fellow-travelers Cave and Brian Eno, there’s little variation from track to track. Most, like “She Walks in Beauty,” “So We’ll Go No More A Roving” and “Ode To A Nightingale” are as fanciful as the titles imply, each finding opposite ends of a pendulum that swings from ominous overtures to eerie reassurance. Their delicate designs are balanced by a weighty resolve, all heady happenstance conveyed from a poetic perceptive. That becomes most clear in the album’s final entry, “Lady of Shallot,” a narrative culled from Camelot, flush with regal romance.

All told, She Walks In Beauty proves a surreal stroll indeed. 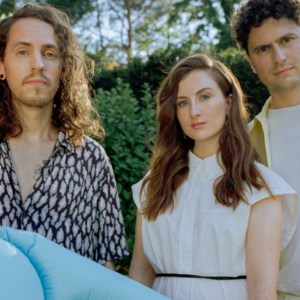 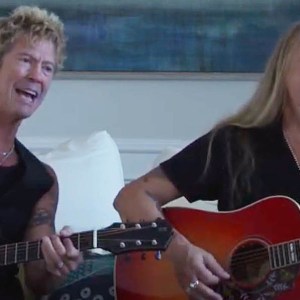