From the Nordic forests of Sweden, on a small crop of land called Sollerön, known as the “Island of the Sun,” emerges singer-songwriter Winona Oak. Her music, the product of her upbringing, is just as enchanting as its setting, surrounded by nature and wildlife, trained as a horse acrobat.

The artist, whose proper name is Johanna Ekmark, was raised in a musical family who encouraged her to pick up the violin at just five years old and piano by nine. Her interest in poetry and eventually songwriting solidified her direction.

A move to Stockholm and a fateful writing retreat in the Nicaraguan jungle perpetuated Winona Oak’s journey into stardom. She teamed up with Australian electronic maestro, What So Not to co-write two singles, “Better” and “Stuck In Orbit.”

Her apprenticeship in electronic music led her to eventually step into the spotlight as both the writer and featured artist on his award-winning 2018 single “Beautiful.” That same year, she delivered “Don’t Save Me” from fellow Neon Gold Records signees HAIM for the label’s 10-year anniversary compilation: NGX: Ten Years of Neon Gold.

This momentum introduced her to The Chainsmokers. The artist co-wrote and lent her ethereal vocals to their hit single “Hope,” which put Winona Oak on the map as a global act.

“Meeting crazy talented people who believed in me both as a songwriter and an artist taught me a lot,” she says. “It inspired me to push me outside of my comfort zone and always to walk my own lane. Working with Alex and Drew on ‘Hope’ taught me how you can turn a vulnerable, sad song into something that makes you want to dance all your sorrows away.”

After laying this foundation, even a worldwide sweep of Covid-19 could not inhibit her trajectory. Winona Oak credits her team for supporting her through the release of not one but two EP releases in 2020.

The songwriting for her debut EPs pre-date the pandemic. Yet, when overlaid in the current context of this shared experience, her lyrical content seems to foreshadow a moment when listeners would need these messages.

“‘The Light,‘ for example, is talking about the darkest moments when you’re battling the fear of your own thoughts,” she says. “What it’s like to feel like the loneliest person on the planet just longing to see the light again. I think that’s something that we all can relate to in some way, living in such an uncertain time.”

If her singles from Closure are any indicator of the performance of last week’s release of SHE, this year will be pivotal for the emerging act. Her debut single “He Don’t Love Me” has been a runaway success, with over 50 million streams across all platforms to date. Her sophomore single “Break My Broken Heart” followed suit, amassing over 13 million streams across all platforms globally.

Winona Oak launched her campaign for the second EP, SHE, by releasing “With Myself.” The single is a defiant anthem of self-reliance that ties in thematically to this sophomore collection.

“This one tells you that SHE is bold and fearless,” says the artist. “SHE is a collection of songs that talk about different subjects that are important to me. ‘With Myself’ is a statement piece that tells you that she’s bossy and badass, and she’s not going to put anybody else’s needs in front of her own.”

The title-track followed suit, furthering the narrative of a cohesive collection. “SHE” leads the listener further into the intricacies of Winona Oak’s personal life, speaking to experiences she knows are not unique, hoping the audience feels welcome.

As a songwriter, Winona Oak is unable to select a favorite from the EP. She compares the effort to choose one specific chapter after reading an entire book; it cannot stand independently.

“It’s the wholeness that creates the story,” she offers. “But I’m proud to feel like I’ve evolved a lot musically over the past few years. I feel like SHE is the big sister to Closure—she’s braver and wiser.”

Take heed from SHE, Winona Oak’s second EP this year, below. 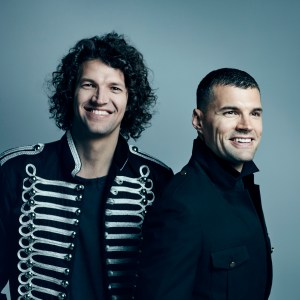 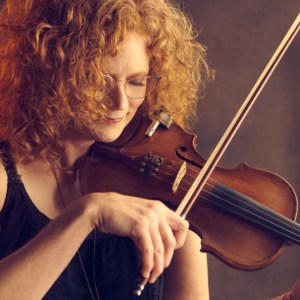