We’ve all heard about it. Cancel Culture.

It’s the idea that as people in modern society look back on things that have happened in the distant or not-so-distant past, some of those aspects of culture or behavior should be “cancelled” or shunned and never again receive positive attention. It’s a tricky topic, to be sure.

There have been arguments waged for years, talking about the benefits and negative effects of the so-called cancel culture. Yes, predators like Harvey Weinstein should be punished. But no, many say, art should not be censored.

In some ways cancel culture feels like a modern-day fad. In others, it seems a necessary way to progress and build a better society. But however you look at it, one thing is clear: it’s hard to define and hard to talk about without nuance, without engendering upset feelings.

But what about some popular songs that have earned the eye and ire of cancel culture? Should some songs, written decades ago, be “cancelled” and never listened to again? What about artists who have seemed problematic? Morrissey? Michael Jackson? And who are others, who are naturally flawed too, to “cast the first stone?”

Yes, it’s a hard conversation. But here we wanted to look at seven songs that have come up in cancel culture conversations, to simply ask the question: should these be “cancelled”? What do you think?

Aesthetically, the song is beautiful. Acoustic guitars, a fat baseline, which has been sampled in major songs like A Tribe Called Quest’s “Can I Kick It?” But upon deeper listening, some of the song’s subject matter might be off-putting. The song, which came out in 1972, was censored in the United States because it used the term “colored girls,” which is an unflattering, borderline racist characterization of Black women. Today, with the country’s heightened sensitivity to race, many won’t even play the song on the radio. The track also talks about prostitution, oral sex, and transgender identity—touchy, if not taboo subjects to many.

On the face of it, this track is one of the band’s most famous and beloved songs. But many don’t follow the song’s lyrics word-for-word. The song has experienced such controversy that, as of 2021, The Rolling Stones announced the track would be removed from the setlist on their U.S. tour. The lyrics talk about slavery, interracial sex, along with oral sex, and drug use. Rock critic Tom Taylor said the song “does not offer one considered thought to the subject matter that it sings of…” and “the atrocity of the slave trade, rape and the unimaginable suffering therein should not be adorned with gyrating, glib lyrics, guitar solos and no redeeming features in the way of discerned appraisal.”

While the song, from its title to its opening lyrics, tells the story of a “wrong way” to live, the subject matter of the track is about a 12-year-old prostitute named Annie. She is forced into prostitution by her family of “seven horny brothers and her drunk-ass dad.” While the singer of the song rescues her, so to speak, he then has sex with her. Again… she’s 12. Sings the band’s frontman Bradley Nowell: A cigarette pressed between her lips / But I’m staring at her tits / It’s the wrong way / Strong if I can but I am only a man / So I take her to the can / It’s the wrong way.

Another song about young girls, the track from blues rocker Andre Williams talks about trying to get away from the “jail bait,” meaning a girl who is not yet of legal age to fornicate with. While the song talks about not getting involved with young women, it also highlights the temptation to do so. It walks an odd line and one that would not be so well received had the song come out in 2022, we suspect. This song is tamer than the Sublime track above—but it certainly isn’t family fun for the car radio to grandma’s house.

Similarly, the song “Young Girl” from Gary Puckett & The Union Gap also offers a similar vibe. Sings Puckett: Young girl / Get out of my mind / My love for you is way out of line / Better run, girl / You’re much too young, girl and With all the charms of a woman / You’ve kept the secret of your youth / You led me to believe you’re old enough / To give me love / And now it hurts to know the truth.

Eminem may be the best rapper ever. His lyrical ability is unparalleled. His knack for wordplay and rhyme is legendary. But another thing that made his career have an impact was how brutal he could be in his music. Take the 2001 song, “Kim,” which details the abduction of his daughter’s mother. It’s one of several severely violent songs and pseudo-murderous tracks. They are hard to listen to, to be sure, even though they helped grow his fame strangely. Eminem, to his credit, has talked about writing songs like this to essentially exorcise the pain and anger he has inside. If he writes about it, he won’t do it in real life, he says.

7. Eric Clapton, “This Has Gotta Stop”

Clapton was a frequent topic of conversation during the COVID-19 pandemic. He decried the vaccine mandates and seemed to release a song every month about how inane he thought preventative measures were during lockdown (often in conjunction with another legendary songwriter, Van Morrison). In other words, in some ways, he wanted to cancel “cancel culture.” This song, “This Has Gotta Stop,” is all about that. And while the song likely shouldn’t be cancelled, itself, it’s a strange offering from someone during a time of a global health crisis. 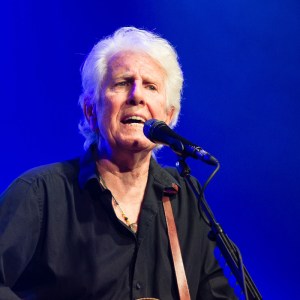