Terry Borden is a man that likes to work fast.  Having stepped out and introduced his new project Blesson Roy just this past May with the debut EP Time Is A Crime, he doubled down in August releasing the same EP entitled Time Is A Crime (Almost Acoustic) only the second time around the songs were, ironically, almost acoustic. Two projects, one year, pretty aggressive for jumping out of the blocks.

Don’t turn the calendar yet because Borden is back for a third time this year with a full-blown album in the form of Think Like Spring. Fourteen songs of articulate songwriting set inside deliciously catchy hooks, Think Like Spring is a burning bright spot in a year we can all agree has sucked incredibly hard.

While the album itself won’t be unleashed until November 27th, Borden is eager to pull back the curtain by partnering with American Songwriter to premier the song “Should’ve Known Better.”

“I like the energy, the guitars, and the contrasting bittersweet light and dark tones of the words and music,” states the singer songwriter who spent time in both Pete Yorn’s band Dirty Birds as well as with slowcore pioneers Idaho. “The chord progression was persistently coming out when I picked up the guitar over a long period of time. It required a permanent home.”

Truly a worldwide effort, Borden may have been the one who wrote the song, but its creation and assembly took place in various locations all over the globe.

“Should’ve Known Better” was tracked at Del Rey Studios in Dubai UAE by myself and mixed by Ankhuur Chawaak and myself. Drums were recorded in Los Angeles and the song was mastered at Metropolis Studios in London UK by Andy “Hippy” Baldwin.

As with most musicians this year, the road was lost to 2020 but the creative process wasn’t. In fact, if anything, the pandemic made / gave everyone a chance to slow their roll and get back to where they all started. For many that meant becoming more versatile with their instruments. For songwriters like Borden however, it allowed them to free their mind of everything road and business related and not only write but really figure out what was worth pursuing and what wasn’t.

“I think I write best when I am relaxed, comfortable, still, yet anxious, inspired and emotional. That being said, writing music is a way to get out of myself, so not exactly sure, but when something becomes hypnotic and addictive to play, I know it’s worth trying to craft into a song. There was a time when I wouldn’t, and forget the music, but now I will take the plunge, and try to finish bits of music that have some attraction emotionally.”

As much as “Should’ve Known Better” fits on the upcoming Think Like Spring, it also has the ability to stand alone, separate from the group. The tones, the melodies, the tempos of the songs all work well within each other yet simultaneously possess their own unique identity. In part that’s a credit to Terry’s songwriting craftsmanship but as with anything in life, what we immerse ourselves in tends to mold us. For Borden, that lies as much with his diverse influences as it does his talent.

“There are a lot! The Smiths, Leonard Cohen, The Beatles, David Bowie, New Order, Lou Reed, Punk and Post-Punk from the 80s and 90s, as well as the roots of those movements from the 60s and 70s. To a lesser extent, I listen to a wide variety of music and genres when I get bored with my favourites.” 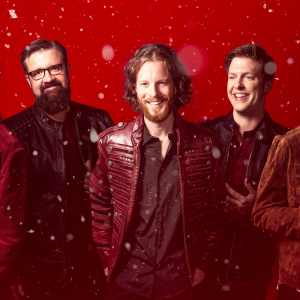 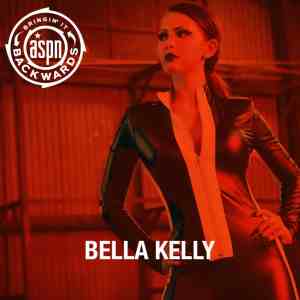