Singer-songwriter and producer, QUIÑ (born Bianca Leonor Quiñones) loves a good windowsill. She’s a frequent daydreamer. In fact, as an infant, she used to scare her mom because she could stare off into space for long periods of time. As QUIÑ puts it now, she can “imagine with her eyes open” and often this zoning out is best done from one side of a windowpane. Since childhood, QUIÑ has grown to become a popular, capable artist and performer. She’s also invented a new term or genre-space for herself: fantasy soul. It’s an umbrella idea that acts as a safe place from which to grow, both as a solo artist and as a producer of other people’s work. After years of feeling insecure about herself and her artistry, QUIÑ has pushed herself to become a self-confident success. But none of what’s happened lately for QUIÑ might have come to fruition if she hadn’t gotten her own bedroom and her own windowsill from which to stare out.

“I got the opportunity to move to one of my favorite houses,” QUIÑ tells American Songwriter. “In Oakland—my Godmother lived out there. It’s a house I’d gone to back and forth since I was a baby. Once I did that, I had my own room and my own windowsill. I had my first heartbreak around that time, which propelled me into writing.”

Prior to moving to Oakland, QUIÑ, who’d grown up near Los Angeles in Southern California, had studied psychology in college. But something about the fit wasn’t right, so she decided to leave the university and move north to the Bay Area. It was there where she was able to slow down and assess. She dug into her passion for music and her penchant for daydreaming. She processed her breakup and began to think about the road ahead.

QUIÑ, who grew up in a musical home, had been introduced to church choirs and later to school choirs as a young person. She thrived there, harmonizing in the group. But she also showed promise. She began to step forward and showcase her voice, relinquishing the safety of the group for the excitement of the spotlight. In Oakland, she doubled down on herself in that same way.

“I made a bet with myself,” she says. “I started to understand why I’m here, that all this training was for something bigger. That’s what I told myself. I wanted to make music and face the fears that I had.”

QUIÑ, who says she was “extremely shy” as a young person, began loosening herself from those proverbial doubt-weighted shackles. She decided that she would sing in public every opportunity that she got. To get comfortable she would get uncomfortable. As soon as she made this her ambition, “tests” started coming in left and right. She began to sing more and more, she began to grow and make a name for herself.

“It was a very spiritual awakening to me,” QUIÑ says. “That’s when I woke up. All I needed to do was provide myself enough room to hang out with myself and talk out loud to myself. I hadn’t had my own room in a really long time.”

The oldest of five siblings, QUIÑ grew up in a home where people were everywhere. Her parents were artists and so their friends were often at the house, playing or celebrating a gig. In college, she had roommates and she’d sorted through various relationships and dalliances. But for a long time, until moving to the Bay Area, she’d never really been alone. In Oakland, she could reconnect with herself.

QUIÑ had first felt the joy of a solo performance in high school, now she wanted to make that feeling her everyday business, despite any lingering ingrained trepidation. “It was like my spirit was able to get in contact with me and lay out a map,” QUIÑ says. “Like, ‘Hey, this is the plan. You can do it or you can live in fear. Either way, it’s up to you. But what do you want to do?’”

QUIÑ remembers trying to find an answer to the frequent question, “What kind of music do you make?” She recalls a period in the not-too-distant past when she found herself taking a number of rideshares. She remembers talking often with the drivers, who were strangers, and one day she found the answer to the query: “fantasy soul.” The name fits QUIÑ’s dreamy, hazy vibe, her proclivity for spacing out and her at-times romantic, alluring-leaning compositions.

“Fantasy soul has the power of versatility,” says QUIÑ, who has a multi-racial family background. “As a mixed person who is unidentifiable in every way, when I tell people I make fantasy soul, it presses a button in their minds and they’re sparked with this new idea.”

With three EPs already to her name, QUIÑ says she is continuously making new music. Recently, she released the single, “Crush,” the follow up to her 2019 hit, “Mushroom Chocolate,” which she released with her partner, 6LACK. After unveiling all this work, QUIÑ says she’s learned that she does her best when she’s able to be in the studio for long periods of time, able to record a new idea at the drop of a hat when inspiration hits. She’s also learned to trust her production instincts. She’s not just a singer or lyricist anymore—she writes music, too. With a path ahead that’s equal parts glamor and artistry, QUIÑ is poised for a successful future. But it’s important for her to remember that it is rooted in one fundamental relationship.

“I love that music is a direct connection from one soul to another,” QUIÑ says. “It’s sound-magic. It’s instant.” 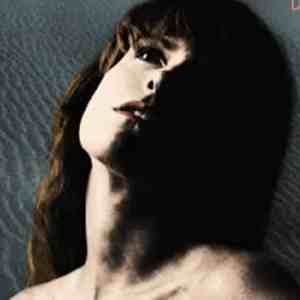 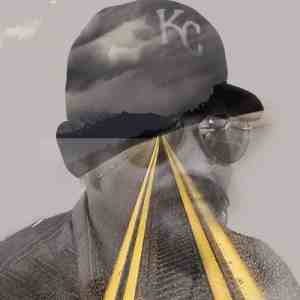