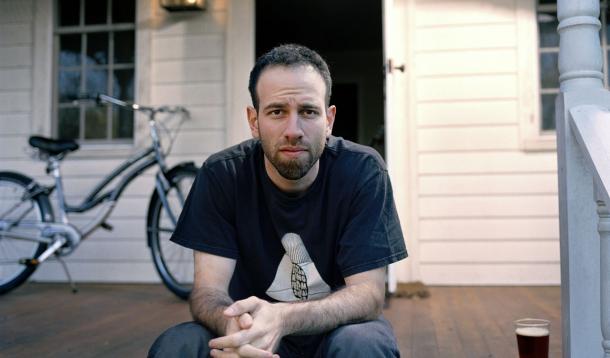 Humor and beauty combine gracefully in the music of Matt Singer, a New York City-based acoustic folk artist whose latest album, The Build, is out now via Family Records. Check out his song “Conversation,” which he penned with musician/actress Vanessa Reseland.

“I began writing ‘Conversation’ as a kind of love letter, in which a boy is working up the courage to reach out to a girl he likes,” Singer tells American Songwriter. “At some point I realized that I had written a beginning and an end but I was missing the middle. When it occurred to me that the girl should have her own story, I immediately wanted someone else to write it. I had always romanticized co-writing a song (especially a boy-girl duet) but felt incredibly possessive of my material and knew that sharing it would not be easy. What if she came up with something I did not like? I couldn’t imagine rejecting a person’s ideas. Just like the boy in the song, I took a risk and called Vanessa Reseland to co-write and she came up with the song’s 2nd verse. I loved it. Phew.”

“I am in the middle of three different co-writing projects right now,” he adds. “I think the process of writing ‘Conversation’ got me started.”