“Music is something I have to do to be happy,” songwriter David Davis told American Songwriter.

On Monday night, Davis became the newest winner of NBC’s Songland, the show which features songwriters pitching their songs to a panel of celebrity ‘producers’ — Shane McAnally, Ester Dean and Ryan Tedder — and a guest artist. This week, the guest was Broadway star and pop artist, Ben Platt, who ultimately chose to record Davis’s song “Everything It Took To Get To You.”

A self-described ‘pop-soul’ artist, Davis’s music not only highlights his tremendous singing voice, but also his innate and effortless sensibilities for songcraft. This makes sense considering that his relationship with music goes back a long way. “I started to sing in church when I was about 3 or 4 years old,” he said. “That started me on this path of loving to bring music to people’s hearts. From there on I was performing a lot in show choirs, school choirs and whatnot — then I started writing at age 16.” Inspired by soul legends like Stevie Wonder and Donny Hathaway, Davis began writing music “to see if I could make someone feel how I felt when I heard my favorite artists.”

Davis ended up going to Belmont University to study commercial voice and then hit the road after graduation, slowly building up a reputation and establishing a career for himself as a performer and songwriter. Yet, despite his talents and his unwavering passion for music, Davis faced many hurdles and hardships on his journey… hardships which, at times, obscured Davis’s own identity.

“I’m not only a black artist, but I’m queer too,” Davis said. “When I started out in the music industry in 2013 there was still resistance to queer artists and black artists. You had to present a certain way, you had to act a certain way with your masculinity. In label meetings I experienced some pretty intense racism and some pretty intense homophobia. I feel like that is because we’re not seeing diversity represented in the business structure of the music industry.”

Yes, despite the music industry’s calls for unity and equality amidst the current moment, Davis is correct in citing the industry itself as a safe-haven for racism. For as long as music has been recorded, the open-secret nature of the industry’s racism has gone unchecked.

“What I’m seeing from the industry — and what I’ve learned overall — is that the contributions of black culture to the music industry versus the amount of black executives and voices is not proportional,” Davis said. “A lot of top executives are not diverse. We’re not asking for hand-outs or to be put in those positions of power because we’re black and therefore we have to do that. What we’re asking for is the access and the opportunity that our white counterparts get to show that we are as qualified and as able to do these jobs effectively. I feel that if there was more diversity — and not just black folks, but queer folks and people from all over with all kinds of experiences — not only would there be a space to develop talent, but the voices who will come out of that will be more diverse and largely speak to the human experience more than what’s happening now.”

Connecting this to the current international outrage spurred by the killing of George Floyd, Davis continued: “Right now is a very pivotal moment in our country. Well, I’m hoping that is not a ‘moment,’ but a catalyst for change. The Black Lives Matter founders have said that this is not a ‘moment’ but a movement. I knew for myself that black men were being killed in the streets by police officers and police brutality. I felt like people weren’t paying attention, they weren’t talking about it much. For years, the rallying cry for me has been: pay attention, this is happening. The difference between the past few years and now is that people are finally paying attention. This is becoming a main point of conversation both on social media and in all of my relationships — if you pick up the phone, it’s something you start to talk about. I love that. As hard as it is, we’re having these important conversations. We’re discussing our learned discrimination, our conditioning to look at someone as lesser because of their skin color.”

While the events and circumstances of the past 50 years have radically reshaped what the Civil Rights movement in America looks like, one constant remains the same: the role of music as an invaluable unifier and healer.

“A big part of healing is music,” Davis said. “A big part of finding where we’re hurting and fixing that is by having creativity to express ourselves. Whether we like it or not, we as America are a community and our very different parts make us whole. So, just like the human body, if there’s one part suffering we don’t ignore it but we heal it so that all of us can be well. For years black artists have been creating out of suffering, giving this beautiful base for what the music industry is. All of the artists I love — Stevie Wonder, Donny Hathaway, Marvin Gaye — they all have protest songs, they all have songs about the black condition in America. That was a part of America realizing what was going on, it was how black people were being heard. Looking even further back, in the fields when slaves were working they were singing. They were singing songs not only of hope for a better future but they were also making plans to escape and sending messages about how they were going to find freedom, both in this world and the next. I think that tradition is something that black artists today can keep picking up on; this is a way that we can be heard and healed. Hopefully, when people hear that music they are able to put themselves in our shoes and say ‘okay, this music has lowered my walls and made me open to the message — now that I can hear the message it can really sink in.’”

Yet, as aforementioned, the racism of the music industry still remains largely unchecked. Speaking to other BIPOC or LGBTQ+ artists who may be in a similar place as he was back in 2013, Davis offered this advice: “Don’t deal with or work with anyone who asks you to be less than who you are in order to work with them or to get further. A true artist developer, a true executive is going to see everything you are and how it is an asset to your career and to your artistry.”

Yet, for Davis himself, coming to that mindset was an odyssey of sorts. In 2019, Davis held a residency at Quincy Jones’s lounge in Dubai (no joke, it’s a real thing) and upon returning home began to reflect on his journey as an artist and as a human being. In search of a way to process this reflection, Davis jumped back into songwriting, going to a writing session in hopes of producing something that could speak to his experience.

“We were sitting there in the session at Capitol Records in Hollywood and I started thinking about how as a black queer man I had been taught to tell a certain story that only felt partially true,” Davis said. “In turn, I ended up minimizing parts of myself to fit in. Like I said before, I had been told to be more masculine for TV, to lower my speaking voice on stage, to not bring up my sexuality in writing sessions because it might alienate other writers — essentially I was told to be ashamed of my personal journey. I think that happens to all of us, right? We all have parts of ourselves that we think won’t be helpful to others, so we hide those things… but in that process we diminish our light. So, I’m sitting there in the session and I start to open up and tell the truth about where I’m at.”

It was at that moment that “Everything It Took To Get To You” was conceived. Using the unfortunate struggles of his past as the brilliant jumping-off point for his future, Davis along with his co-writers penned a tune that beautifully captures the essence of a difficult, yet worthy journey.

“The song is a realization about feeling,” he said. “It’s a realization about how everything it took and everything I did to get to this place of owning my story was totally worth it. I’m in a healthy relationship with a guy I’m crazy about — to know how to love and be loved is one of life’s greatest gifts. No matter how hard the road was to embrace all parts of my identity, it was totally worth it and I’d walk it all again. All the lyrics and melodies started pouring out and I just went off on a tangent while one of the other writers was playing piano. I got pretty emotional and teared up around the other writers who, at the time, were practically strangers. But, to me what makes songwriters so amazing is their ability to quickly make space for emotions. We went from shaking hands to exploring hearts in minutes. It felt really sacred to me.”

That sacred feeling only grew when Davis came to Songland with “Everything It Took To Get To You.” With Ryan Tedder as his producer, Davis was able to focus-in the song and fine-tune it for Platt. “They made everything feel really collaborative,” Davis said. “There wasn’t a lot of ego, there was just a passion for music and creating. It was just about two writers in a room when I was working with Ryan.”

Yet, being someone who is not only passionate about music but ambitious about it too, Davis is cooking up more than just this Songland spot. A recording artist himself, Davis is set to release a new single entitled “Golden” on June 26 — this comes ahead of a full-length record which is due later this year. Additionally, on June 19 Davis will be embarking on a virtual livestream tour which will feature a performance from him and a drink-making class from a mixologist… c’mon, doesn’t that sound fun? It speaks to the nuanced genius of Davis’s artistry. Combining his outstanding business sensibilities with his talents and his perspectives, Davis is able to create something that is as relevant and universal as it is specific and personal. Not only does that make him happy, but it makes his listeners pretty happy too.

Watch David Davis perform “Everything It Took To Get To You” on NBC’s Songland below: 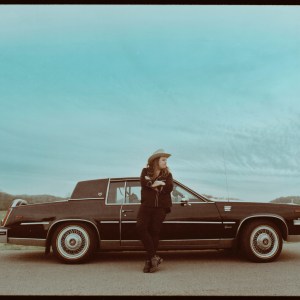 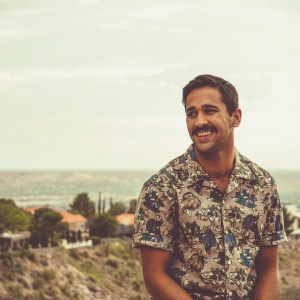