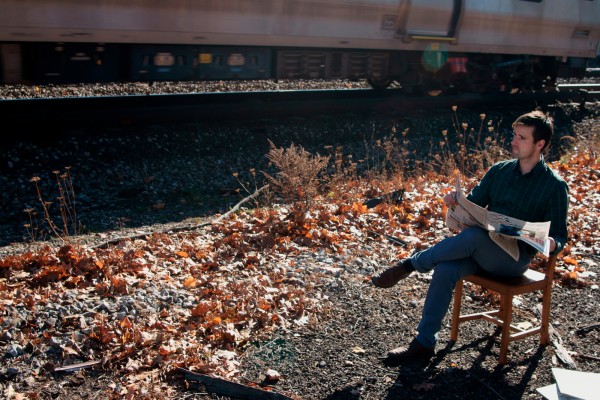 Eclectic folk-pop singer and genre-jumping songwriter Ryan Hobler has a refined, lyric-driven style with a sound that combines intertwining layers of natural acoustic tones, transporting vocal harmonies and surprising arrangements. Thematically, his songs range from intimate personal stories to surreal allegorical explorations that have been praised for revealing “love, defeat, and resilience in each track” (examiner.com). Throughout 2014, Hobler will be releasing a new song per month, sequentially building his solo album, The Elusive Yes, produced by renowned producer Andy Baldwin (Bjork, Saint Lucia). Additionally, Hobler works as a professional post-production audio engineer for commercials and films. To find out more about Ryan visit his website at www.ryanhobler.com.

Perhaps you’ve heard or read this well-worn phrase before:

Necessity is the mother of invention.

That’s the more succinct, Twitter-friendly paraphrasing of something Plato’s Socrates observed in The Republic long, long ago. Whoops! I forgot to hashtag my citation: #PlatoWasABoss #SoooCrates #Truth.

Bing Crosby surely agreed with Plato’s observation. Legend has it that Crosby’s necessity was more time on the golf course and less time performing his radio shows live. Consequently, Crosby helped usher in the modern recording era in the 1940’s by aiding in the game-changing development of magnetic tape sound recording.

We certainly have come a long way since Bing’s heyday. Today, digital audio workstations like Pro Tools and Logic allow us to correct even the most minute pitch and timing irregularities with the click of just a few buttons. Reverb, delay, and thousands of other effects can now be found as plug-ins right inside your laptop. Virtual instruments have come so far that even the keenest ears have a difficulty discerning what is real and what is not.

Consequently, we live in a generation where recording musicians need not hit every note in pitch or in rhythm. Where we no longer need a house-size plate reverb unit or a professional recording studio. Instruments are even optional: our computer keyboard can double as a MIDI keyboard in a pinch – or, you know, if you don’t want to buy a MIDI keyboard.

There are countless further examples I could list of the advances and conveniences we now enjoy but I, for one, am curious: if Bing’s golf addiction was the necessity that mothered an invention – i.e. magnetic tape sound recording – that kicked off an audio revolution that still carries on to this very day, well, now what?

(*) Clearly, we should call this a “Reverse Plato.”

So what is the necessity or, rather, what are the necessities of invention? Plenty of necessities come to mind but these intrigue me most: defined limitations, a sense of responsibility, and preparedness. In other words: do your work! What was it that Spiderman’s Old Uncle Mentor Archetype said in that movie? Oh yeah. “With great power comes great responsibility.”

Now, now, I know. These are not new or revelatory ideas. If anything defining limitations, being responsible and being prepared are well-trod concepts. At one point or another in high school, my mom beat all those dead horses into my brain. Well, those and also,”For Godsakes Ryan, if you’re gonna drink, drink in moderation!” Well-trod or not, I believe these necessities are guidelines worthy of consideration.

The convenience of today’s technology is as seductively comforting as it is deceiving. Oftentimes, we lean on it so much that we trick ourselves into believing it will make up for our own inadequacy and lack of preparation. But technology cannot make up for our own irresponsibility and how very, very easy it is to fool ourselves into thinking otherwise. Working as both a post-production audio engineer and a performing, audio-savvy songwriter has shown me that much. Yes, it is very, very easy to slip and tumble down the rabbit hole. Way down. Let’s take a look at a few examples.

In the post-production field, it is not unusual for my clients and I to spend the better part of an entire week – sometimes more than that – recording and re-recording a TV commercial script with a voice-actor. Usually we record a script or three in a hour or so, maybe do twenty or thirty takes, and if we get revisions from the brand the next day, we re-record the next time we can. Sometimes there are three or four rounds of revisions. I would say that’s par for the course. But one time, the following happened:

In one particular session, one of my clients demanded and were tasked with recoding a :30 second commercial. The script was five sentences long. Over the course of seven hours, my client had me record our voice actor over 200 takes reciting the script or pieces of it again and again and again. Somewhere around take 100, with the actor in the vocal booth and unable to hear us, my client confided to me that he just wasn’t getting “the perfect read.” I told him I disagreed and thought we had plenty to work with. My client disagreed an on we marched. Toward the end of the day, after our spent actor went home, my client and I combed through the takes and he selected a batch of his favorite bits. From those I cobbled together eight versions of the commercial, with composite reads that drew from dozens and dozens of separate takes or pieces of takes. A mere ten hours later, my client chose one of those eight versions and “perfect read” was assembled at last!

No joke, I thought it sounded exactly like take 4!

Now, to be fair to my 200-take client, let’s look at a few of my musical misadventures for a moment. For my music projects, more often than not, I’m working on my own original tunes which, quite obviously, I am very personally and emotionally vested in. Inevitably, given my education and experience, I wind up wearing multiple hats at once: vocalist, background vocalist, multi-instrumentalist, songwriter, producer, arranger, engineer and, worst, annoyingly fragile artist all at the same time. To be honest, sometimes this makes me nuts!

On three occasions – with my instrumentalist hat on – I can recall recording 60-plus takes of various parts. On all three of these occasions, I wound up scrapping those over-worked parts altogether: the banjo part on one song was too busy; the bass line on another song was not strong enough; the ukele on the third song didn’t properly support the melody. A few other times – with my engineer/producer hat squarely on – I’ve certainly gotten lost for hours toying with some effects in Pro Tools. One day it was tweaking the delay settings for an electric guitar. The next day it was seeking a killer, “perfect” distortion preset for a melodica. Yes, melodica.  Neither wound up working in the mix.  Sadly, as opposed to my aforementioned client, I found no “perfect” part or effect.

But my client and I are smart, educated people (*) why would we do this? How did we get so lost once we stepped into the studio?

(*) This statement made by someone who, despite a college degree, straight-up could not multiply two decimal-pointed numbers recently.

Honestly, we did it because both of us stepped into the studio without knowing what we wanted. Neither of us were responsibly prepared and neither of us defined our limitations. It was obvious my client didn’t know what he wanted from that actor’s reads. In truth, I think he got nervous and tried to cover every possible angle of that script. He hadn’t really done that work beforehand. Neither had I for my music. I didn’t have a game plan for those banjo, bass line, and ukele parts or those effects. I was just noodling around. Both of us should have stopped and thought about what we were doing before we just wantonly started doing it.

Don’t get me wrong, I’m not some stodgy grump who vehemently rejects experimentation at each and every turn. On the contrary, since I was in high school, the recording studio, with all it’s magical technology, has been an awe-inspiring place where experimentation can yield incredible and amazing ideas. Not to mention fun! But, my, how we have let the convenience of our technological advances blind us from ourselves!

Earlier, I was kinda-sorta joking about Bing’s golf addiction being a major catalyst (the necessity) that lead to a revolution in recording technology (the invention). While it’s true that Bing loved his golf and his leisure time, ultimately, Crosby pushed for recording technology more to deliver a tighter, more polished and professional show to his audience. According to his autobiography, Call Me Lucky:

“By using tape, I could do a thirty-five or forty-minute show, then edit it down to the twenty-six or twenty-seven minutes the program ran. In that way, we could take out jokes, gags, or situations that didn’t play well and finish with only the prime meat of the show…If I made a mistake in singing a song or in the script, I could have some fun with it, then retain any of the fun that sounded amusing.” (Crosby/Martin 151-152).

What strikes me about this quote is that, between the lines, it says so much about the limitations of the technology of Crosby’s time. Sure, Bing could go back and edit a few things here and there; re-record this or fix that. But editing was nowhere near the walk in the park that we are privileged to have and take for granted today. He couldn’t do a million takes. They’d run out of tape. Bing didn’t have a laptop equipped with digital editing tools. Restricted to a two track tape and perhaps a microphone or two, Crosby and his radio show pals truly had to deliver when they stepped into the studio. Their limits were dictated by both the technology that was available to them and the much higher proportional cost for access to that technology. Therefore, the scripts had to be finished when the red light turned on. The banter locked down. The music had to be composed, arranged, and rehearsed. Bing and his cohorts didn’t figure it out when they got to the studio.

The recording technology we enjoy today is so shockingly advanced, affordable, and available, that we are far, far removed from Bing’s heyday. But that is no excuse. With such great and wonderful technological power at our disposal, we still must define our limitations, be responsible, and be prepared.

My client and I could have learned a few things for Mr. Crosby. Spiderman’s Uncle too. 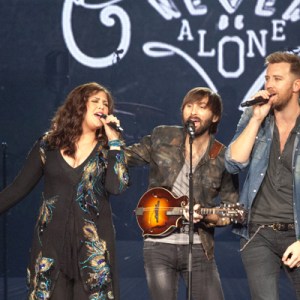 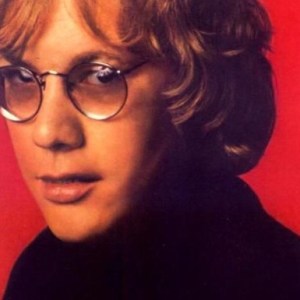